Well, the Federal Labour party and its assorted Greens and Independents have taken their summer break from the rigors of Canberra.

However, just before jetting out, the minority Gillard Government passed a motion (not legislation) requiring its elected members of Parliament to spend some of the holiday period consulting with their constituents, canvassing their views on homosexual marriage.

In Australia, marriage is defined under the Marriage Act (1961) as the union of two people, a man and a woman. The major religions view marriage as a union of a man and one woman (sometimes one or more women).

A major change, however, has occurred within the NSW Government, which recently announced a formalised method of recognising same sex marriage.

Few people in NSW know much about this significant initiative, the Relationships Register NSW, yet eligible couples of the same sex can now apply to register their relationship, which provides legal recognition for a couple, regardless of their sex, by registration of the relationship.

The creation of the Relationship Register is intended to make it easier for “Certified couples” to prove their relationship for the purpose of accessing Government services. For example, previously, partner visas for unmarried couples could not be issued unless the parties could show they had been living together for 12 months.

However, this no longer applies if the parties are registered and certified with the Relationship Register.

Sydney-based entrepreneur Julie Sweet of Certificatesonline.com.au, a web-based business that helps individuals gain access to important documents such as birth and wedding certificates, this week expanded the service to offer a new high speed way for eligible couples to register their relationship.

The online certificate has the same purpose as the NSW legislation, the recognition of “defacto partners”, and provides a way for gay and lesbian couples in other states and territories to start the process of having their relationships formally recognised should this register and its extension into legally recognised gay marriage be adopted in other parts of Australia.

According to Sweet, “This at least gives gay and lesbian Australians an opportunity to not be treated as second class citizens and have equality, like other couples have in relationships… It’s a good start.”

The one document (certificate) will spare couples the frustration of large amounts of paperwork when applying to agencies generally to show evidence of their relationship.

It is anticipated that the NSW legislation will influence agencies that are willing to recognise the intended effect of the legislation, such as the Federal Governments First Home owners grant (FHOG) extending to Court Apprehended Violence complaints (AVO), superannuation entitlements’ and wills, among other things. 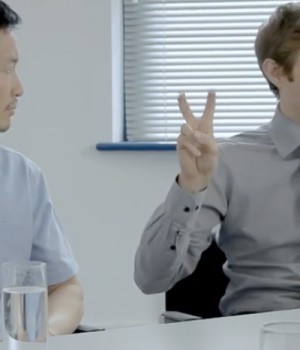