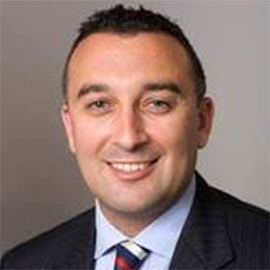 It might be a good thing if you are back at work bright and early this year, after all the partying. That’s because you might have to work a bit – or maybe a lot – harder this year to make that pretty penny, or sustain innovation.

Just as we headed into the Christmas holidays, the federal government played the party pooper, turning tracks on two key reform measures proposed by Labor that could have given startups and small businesses the leg-up they so desperately seek.

One, Tony Abbott’s Coalition government said it would not proceed with the proposal for speedier tax breaks for money small businesses spend on research and development – on a quarterly basis, rather than after the current 16 months. The change would have put more cash, more quickly, back into the hands of small businesses, boosting their business prospects as well as encouraging more R&D spending and, therefore, innovation.

Two, the government said it would not move to amend tax rules that put domestic investors on par with foreign venture capital. This means Australian investors will remain disadvantaged. But there is a greater fear – that it might drive away foreign dollars too. This is because overseas VCs expect co-investors from Australia to put their money where their heart is.

“Abandoning these reforms is a major setback for Australia’s innovation agenda,” said Yasser El-Ansary, chief executive officer of the Australian Private Equity and Venture Capital Association Limited. “Innovation is the engine room of our future economic growth, that’s why these two reforms are so important to our ability to lift the nation’s productivity.”

The government’s decisions fly in the face of fiscal logic, too. AVCAL estimates suggest the tax loss from the measures would have been a miniscule $7.2 million whereas the benefits from increased venture capital dollars and higher R&D investments would be of the order of billions.

“These reforms would not have a significant net cost to the budget bottom line; in fact, these reforms would likely lead to more tax revenue over time as investment increases and businesses become more profitable more quickly,” said El-Ansary.

AVCAL also cited what it called Australia’s “innovation deficit,” saying time is of the essence and it does not “believe waiting for the government’s tax white paper process to consider these reforms is the right answer.”

Last year’s Randstad World of Work Report, for example, found that Aussie executives remain paranoid about productivity and workplace performance. The two issues “keep Australian business leaders up at night,” with a majority rating their ability to face the challenges as either average or poor.

AVCAL also lamented that the government’s own 2013 Innovation System Report acknowledged that productivity growth is built on a strong pipeline of investment in innovation.

“We need to do a lot more in this country to support the creation of new industries; doing that will help to diversify our economic foundations and improve our capacity to withstand global economic shocks,” El-Ansary said, while pledging to continue the venture group’s push to get these two reforms implemented speedily.