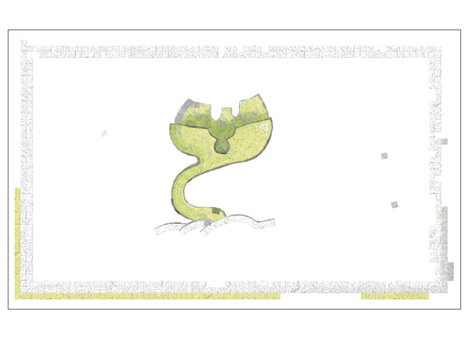 Collaboration is one of the cornerstones of the internet’s current commercial renaissance. But have we really been pushing the envelope?

What passes for collaboration on today’s most popular social networking sites and blogs is actually quite static, more reminiscent of a game of tennis than any form of symphony.

A Perth-based web startup (yet another – is it something in the water over there?) has taken a big step towards pioneering real-time online collaboration with its web application for live art creation. TheBroth, The Global Mosaic, is the brainchild of Austrian-born Dr Markus Weichselbaum, whose meandering journey once saw him ensconced in the ivory tower as a biophysics and physiology academic.

Users of TheBroth meet in rooms, which are actually canvases containing 1,000 multi-coloured tiles. Multiple users then move and turn each tile to gradually form art. Finished artworks vary in quality from the sublime to the humdrum, but the final product is in many ways quite peripheral to the fun and excitement of collaborative creation – in real-time.

"There is not that much to do on popular social networking sites these days," says Weichselbaum. "You go to MySpace, check your messages, and then you leave. On YouTube, you watch videos, maybe leave a comment or two, and then you leave. The same goes for Flickr. TheBroth is about more than sharing. It’s about creating. That makes it far more engaging, and surprising, and fun."

Many of today’s most exciting web offerings are the ones calibrated to celebrate not the technology but the humanity of participants. TheBroth is a wonderful example of this. In the 18 months since its inception, Weichselbaum has overcome profound technological obstacles (most significantly, how to achieve smooth, real-time synchronisation for all users, irrespective of computer or internet speed). The result is a web application that thrives on the simplicity and fun of shared creation.

"In the early days of testing I was in one of the rooms moving tiles around when someone completely anonymous joined me," says Weichselbaum. "You couldn’t even chat back then, just move tiles. They caught what I was doing and we started building this great picture together. That’s when I realised this was something really fun and completely different from anything else out there."

TheBroth was launched using cash reserves from Weichselbaum’s web development company and a bootstrapping ethos that always seems second nature to web entrepreneurs. Weichselbaum makes the important point that, "We didn’t approach any potential investors until we had an application that was so far advanced that there was never any question about whether it will be anything."

TheBroth recently secured an AusIndustry COMET grant and won an "Official Honouree" distinction at the 2007 Webby Awards (‘the Oscars of the internet’). It has also received positive coverage on the BBC and is especially popular in Japan and South Korea, where advanced technology and broadband infrastructure presents all sorts of possibilities currently beyond most other countries, including Australia.

Weichselbaum plans to push into the mobile phone market, where he sees the potential for micro-charging users for sending artworks to friends or downloading textures as a way to supplement TheBroth’s advertising-supported revenue model.

Weichselbaum is currently on a tour of the US West Coast sponsoring conferences for the online gaming community, which he believes is an obvious audience for TheBroth.

"Online gaming has only evolved to the point where you move around as a team and shoot people. Now you can create artwork together and work peacefully with people from all around the world. That’s a new concept. We are very keen to bring this concept to the existing online gaming platforms."

Check out TheBroth and see what kind of digital masterpiece you can create… with a few new friends. 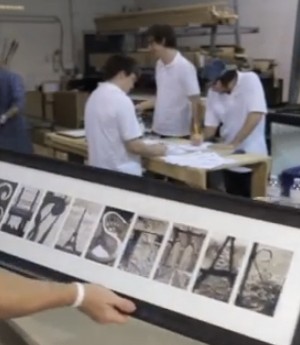