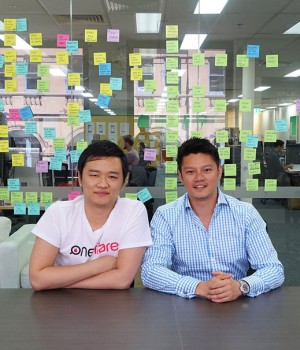 Aussie online local service marketplace Oneflare recently reached the remarkable milestone of $100 million worth of jobs requested through the platform.

Since launching just four years ago, this hot start-up has gone on to become one of Australia’s fastest growing online local service marketplaces, according to Deloitte’s 2014 Tech Fast 500 awards.

Why is Oneflare growing so popular?

As traditional directories, such as the Yellow Pages, are becoming increasingly obsolete, more Aussies are turning to online platforms to find and hire local businesses.

“Gone are the days where customers had to spend hours flicking through the Yellow Pages or calling around to chase the best quote,” said Oneflare co-founder and CEO Marcus Lim (pictured right, with co-founder Adam Dong).

“Online services, particularly Oneflare, empower customers to post a job from their smartphone, tablet or laptop, and sit back while competitive quotes from local businesses roll in.”

He highlighted that Oneflare does all the hard work for customers by providing quotes, ratings, customer reviews and certifications for qualified local businesses — all under one free platform.

Marcus further told Anthill that Oneflare has been fortunate to grow at such an enormous rate over the last 12 months without encountering scaling issues such as having too much demand and not having enough suppliers (businesses) to quote on jobs.

“In addition, finding awesome talent to grow the team is tough and having to hire 20 people in the last six months was an arduous process of screening and interviews,” he further disclosed.

Who is making a killing on Oneflare?

More than 60,000 businesses now use this innovative platform to reach more customers, and book more jobs in every state all across Australia.

Oneflare has more than 200 local service categories, with cleaners, removalists, pet groomers, gardeners and electricians remaining the most requested services on the platform.

Requests for specialised services are also growing in popularity. In the last 12 months, Oneflare’s five fastest growing categories include: 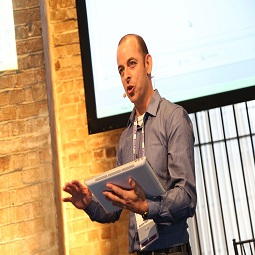 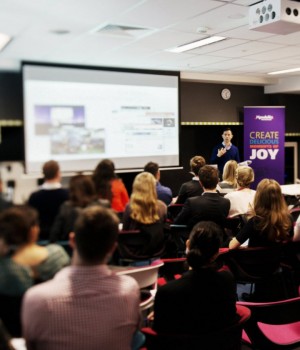