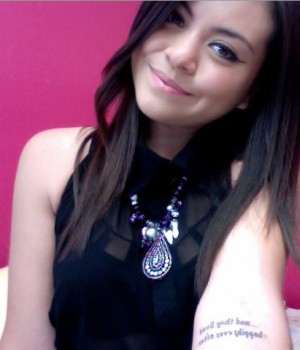 Skinny Kitchen is an online health food store intent on disrupting an otherwise boring industry by cultivating inspiration and creativity via healthy living. In just two years of operation, the startup has attracted a substantial social media following and has used its global reach to to grow to turning over six-figures yearly. In addition to its early successes, the rising startup has franchise stores planned for the future, as well as a cafe and a food delivery service.

Mariana (an Instagram star with more than 380,000 followers to her credit) started Skinny Kitchen in 2013 with money out of her savings. Although Mariana says that she does not identify as a creative-type, she still credits creativity as her company’s reason for being.

“I don’t identify as a creative person, however I have the most intense imagination in the world. I truly believe that it is my imagination that leads me forward,”she recently told Anthill.

“I believe this is my super power and this is why I am able to enter an industry and disrupt, because I always approach a situation with ‘what if’, and let my mind free-wheel from there. Once I see it in my head, it’s real and all I need to do is draw out a step-by-step plan to make it happen.”

And it’s all paying off. From her initial investment of $3000, the company turned over $100,000 in its first year of operation.

Now, on top of having been previously featured in Anthill’s Smart 100, we are pleased to count Mariana Fataccioli among the 2015 30under30.

“Live life as if everything is rigged in your favor.” ~ Rumi

USE THE TWEET BUTTON AT THE TOP OF THIS PAGE. YOUR TWEET WILL SAY: CONGRATULATIONS Mariana Fataccioli, ANTHILL 2015 30UNDER30 WINNER!