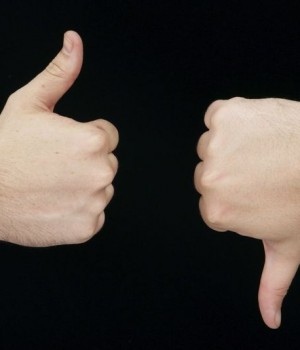 New research by IBISWorld suggests that 2017 is likely to be characterised by growth in Road and Bridge Construction, Sugar Manufacturing, Oil and Gas Extraction, Data Storage and Child Care Services.

While these industries are preparing for a bumper year, others may have to adjust to new commercial situations or limit their expectations for growth, including operators in Heavy Industry and Other Non-Building Constriction, Multi-Unit Apartment and Townhouse Constriction, Milk Powder Manufacturing, Mineral Exploration and Grain Growing.

Commenting on this year’s list of industries, IBISWorld Senior Industry Analyst Mr Nathan Cloutman, said, “Many of the industries likely to disappoint this year have performed strongly in recent years, but research suggests boom times for these industries are over, at least for the next 12 months.”

“Some of the industries that IBISWorld anticipates will grow over 2017 have remained depressed for some years, giving rise to demand for those industries’ products and services,” added Mr Cloutman.

“Much of the current robust growth has been due to the early construction phases of the Herculean NorthConnex M1 to M2 link and WestConnex projects in Sydney. These private-public funded projects are set to dominate the road construction landscape for several years,” said Mr Cloutman.

The completion of large-scale developments such as the Hunter Expressway in New South Wales, the Peninsula Link in Victoria and Brisbane’s Legacy Way previously contributed to the industry’s slump during 2013-14 and 2014-15.

Revenue for the Sugar Manufacturing industry is forecast to jump 19.9% during 2016-17 to reach $3 billion. Local sugar production is forecast to rise 3.7% during 2017, due to an expected increase in planted area for sugar cane. Increased production typically places downward pressure on prices. However, the Sugar Manufacturing industry’s reliance on export markets (which account for about three-quarters of the industry’s revenue) means that local prices tend to follow global sugar prices.

“The world sugar price indicator is projected to increase 20.1% during 2016-17. This is because global sugar consumption is expected to exceed global sugar production for the second year in a row, reducing world sugar stocks for the second year running. As the world sugar price indicator is expressed in US dollar terms, the projected depreciation of the Australian dollar during 2016-17 is expected to increase the world price of sugar (in AUD terms) even further during the year, boosting returns for local sugar manufacturers,” added Mr Cloutman.

Revenue for the Oil and Gas Extraction industry is projected to surge 16.8% in 2016-17 to $38.0 billion on strong output and export growth, reversing three years of decline as world natural gas prices fell significantly. Japan, China and South Korea are the major export markets for Australia’s LNG, with India set to import greater volumes. In 2016-17, exports are projected to account for 76.7% of industry revenue.

“Several major joint venture LNG projects are expected to start operations or increase output in 2016-17. These include the Gorgon Project off the coast of Western Australia, and the Wheatstone Project in Western Australia, both of which have Chevron Australia as the major participant. Furthermore, Santos Ltd and its partners are expected to greatly increase LNG exports from Gladstone in Queensland,” said Mr Cloutman.

The Data Storage Services industry has exhibited strong growth over the past five years, with revenue projected to grow by 14.4% in 2016-17 to reach $2.1 billion. This has been due to several data centre infrastructure expansions completed over the past two years.

“A dramatic rise in internet traffic and corresponding increases in demand for cloud storage solutions have driven growth. Cloud computing has enabled businesses to reduce their capital expenditure and make use of economies of scale by outsourcing IT requirements to data storage service operators,” said Mr Cloutman.

The Child Care Services industry is expected to post strong growth over 2016-17, with revenue projected to rise by 12.0% to reach an estimated $12.4 billion.

“Higher enrolment numbers are anticipated to underlie much of this growth, with the industry benefiting from rising maternal workforce participation rates as government-provided subsidies for formal childcare services encourage mothers to return to the workforce. The changing needs of working parents, as a growing number work on a part-time or shift work basis, will also drive industry demand,” said Mr Cloutman.

The $8 billion Child Care Benefit and Child Care Rebate subsidy program, which is designed to subsidise the cost of child care for eligible families, will also support industry demand.

Which industries are set to fall in 2017?

Heavy Industry and Other Non-Building Construction

The Heavy Industry and Other Non-Building Construction industry is forecast by IBISWorld to generate revenue of $37.8 billion in 2016-17, plummeting by 38.1% on the previous year and down almost half on peak revenue in 2013-14 of $71.6 billion.

“The recent completion of the three giant LNG processing plants in Queensland has contributed to the industry’s current slump in performance, and demand conditions are expected to deteriorate further as work is nearing completion on other LNG projects in Western Australia and the Northern Territory,” said Mr Cloutman.

The industry continues to derive some stimulus from the funding of telecommunications infrastructure under the NBN, and several landmark public railway developments in Sydney and Melbourne. However, this is insufficient to offset the collapse of investment in most infrastructure markets.

Following several years of accelerated growth, IBISWorld projects the Multi-Unit Apartment and Townhouse Construction industry will contract sharply by 26% during 2016-17 to $19.3 billion.

“Investment in apartment construction has been the strongest performer of the national building market over the past five years. A long-term shift in Australian housing preferences has enhanced this trend, as consumers have moved away from traditional low-density detached houses and towards higher-density apartments. These have included the Barangaroo South project in Sydney and the start-up of Australia 108 in Melbourne. Homebuyers and renters have increasingly sought the lifestyle benefits of inner-city living and the lower land costs associated with higher-density dwellings,” said Mr Cloutman.

“In 2015-16, multi-unit residential building commencements climbed to a record peak, accompanied by a cyclical revenue high of $26.2 billion. Demand conditions are projected to deteriorate sharply during the current year on the completion of major developments and as oversupply conditions emerge in several key markets,” added Mr Cloutman.

Prices did not recover during 2015-16 and are expected to only make a minor recovery during 2016-17. Furthermore, local producers are anticipated to reduce milk powder production during 2016-17, with low prices discouraging production. These factors will likely depress industry revenue during 2016-17.

“Sustained weak oil prices, an oversupply of LNG and bans on unconventional exploration activities in Victoria are all expected to contribute to this poor performance. Sustained periods of weak exploration activity may have repercussions for Australia’s gas supply, with rising domestic gas prices currently causing cost concerns for local manufacturing industries and consumers,” said Mr Cloutman.

The shift to production rather than exploration by miners has caused many established miners to focus on minimising costs at existing mine sites. Many have cut or reduced exploration budgets, which are considered unnecessary during periods of overcapacity. This is despite recent surges in iron ore and black coal prices, which are expected to be short-lived as supply adjusts.

“Record world stocks of many grains, caused by favourable growing conditions in many key grain producing countries (such as Canada and Russia) have created excess global supply, which is likely to place sharp downward pressure on grain prices during the year,” said Mr Cloutman.

“Improved rainfall and soil moisture retention in local growing regions are anticipated to boost local grain production. For example, the Australian Bureau of Agricultural and Resource Economics and Sciences expects that barley production will jump 23.9% and wheat production will increase 34.9% during 2016-17. Excess local supply is expected to place further downward pressure on prices. Consequently, revenue for the Grain Growing industry is projected to fall during the year,” concluded Mr Cloutman. 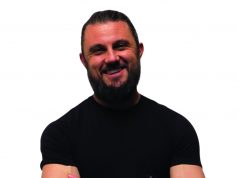 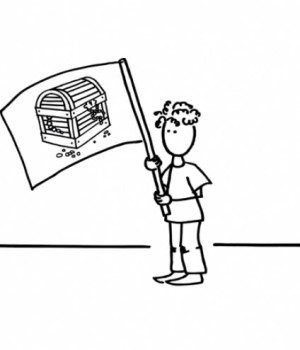 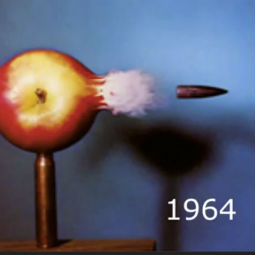