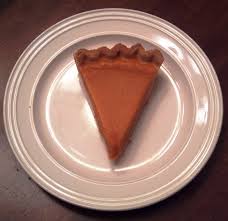 Australia’s rapidly growing digital economy has ballooned to $79 billion. That means it now represents 5.1% of GDP – bigger than traditional industry sectors such as agriculture, retail and transport. That’s a big ole pie, with plenty of slices to go around.

Are you getting piece of the action? If not, it may be the perfect time to put some skin in the game, as the digital economy continues to grow.

It’s getting better all the time

When Deloitte Access Economics first calculated the size of the internet economy for Google in its landmark The Connected Continent report in 2011, the $50 billion figure was forecast to grow to $70 billion by 2016.

But this has been well and truly passed. Using the latest, although not strictly comparable, methodology for 2013-14, The Connected Continent II report finds that the digital economy is growing in significance, and is 50% larger in real terms than the 2011 estimate.

And not only is it growing, but it’s rapidly changing how businesses and the Australian economy operate.

Some of the coolest findings in the report include:

Managing Director of Google Australia and New Zealand Maile Carnegie said: “The internet could have been purpose-built for Australia. It has connected us with the world, given us new opportunities to export our smarts, and now it’s helping our businesses transform to meet the needs of today’s consumers.

“It’s getting harder and harder to separate the digital economy from the rest of our economy which can only be a positive, because it means technology is being embraced everywhere from healthcare to education, from agriculture to the delivery of government services.

“The challenge now is to ensure that we don’t take our foot off the accelerator because the health of the digital economy will be critical to Australia’s future prosperity.”

The report also looks at how businesses are increasingly using digital and social to not only connect with their customers, but to drive internal transformational change via the next wave of related technologies such as the cloud, data analytics, and machine-to-machine technologies.

“The digital economy is changing from being a standalone industry to being embedded in businesses across the economy,” Simes said.

“In 2011, we estimated that the internet contributed about $27 billion in the form of increased productivity in Australia in one year. Using an updated model, we now estimate that the economy was about $45 billion bigger in 2013 than it otherwise would have been because of the productivity impacts of digital technologies.

“Higher productivity means Australia has greater output for its inputs to production via the likes of increased competition, reduced prices, greater business efficiencies, and innovation for better goods and services.”

Report co-author, Deloitte Access Economics director John O’Mahony, said: “Digital technologies clearly have the potential to support transformation across different businesses, from traditional areas such as retail and manufacturing, to service businesses such as banking and business services.”