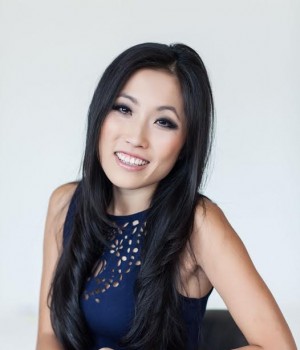 Jane Lu immigrated to Australia with her parents when she was eight years old. At 18, she started working at KPMG through a cadetship program and was set on the fast track to a good corporate career.

However, after just three years in the corporate world, Lu found herself sitting bored in her dull little grey cubicle at work staring at spreadsheets and wondering, “Is this it for me?”

She had just returned from nine months of travelling overseas, and having been to over 40 countries by this stage, Lu just couldn’t bear the idea of having to settle down into her job as a business analyst at Ernst & Young.

“I spent most of my time surfing Facebook and shopping online – and I really struggled to find a store that was on-trend, had quick delivery so I could get something to wear for that Friday night out, and that wasn’t going to eat up my entire entry-level pay check,” she revealed to Anthill.

This is when the idea came to her to start a fashion retail business providing trendy but affordable clothes and accessories for girls. She called it Show Pony aka SHOWPO.

Overcoming a very rough start and beating the odds

Prior to SHOWPO, Lu had actually started another business with two other partners but it failed. “It was a bad idea that was poorly executed. But of course, I learned more from it than I did from my university degree or my work experience,” she said.

Lu told Anthill that her dive back into entrepreneurship was no easy decision because for as long as she could remember, she was told and also believed herself that her dream career would be working in finance for a big multinational. “So you can imagine how hard it was to decide whether I should quit my job and follow my dreams.”

“The fact that it was during the global financial crisis when everyone was just trying to not get laid off made it even harder. I just couldn’t imagine telling my parents – so I didn’t. So for the first six months of starting the business, I just pretended to go to work every day. I was still living at home, so I got up early every day, put on my suit and went off into the city.”

“That was definitely the hardest part of this journey so far – it’s hard to not question your decisions when you are carrying around an empty lap top bag,” she added.

And, like tiptoeing around her parents wasn’t enough, Lu had no experience in fashion!

“With my lack of experience, it was definitely was hard to speak to suppliers, models, and photographers – but just like with everything else when you’re starting from scratch – fake it til you make it! Fashion is so subjective anyway,” she said.

But her inexperience didn’t stop her; it instead soon turned out to be an advantage.

You see, Lu was able to take the perspective of a typical customer, providing a collection that fits the preferences of every girl’s taste, unlike a designer who may have been too heavily invested in their own personal style.

Making the most of the power of social media

Unable to afford traditional marketing, Lu initially relied solely on social media to get the word out about her start-up. “I was already a Facebook addict so it all came easy for me.”

She disclosed that one of the first things they did successfully with social media was the Face of SHOWPO competition. “We were looking for a model and thought we would run a model search and open it up to our 3,000 Facebook fans and their friends. We had over 350 applicants and as their friends started voting, our fan count grew from 3,000 to 20,000 within a month – and what did it cost me? Nothing!”

Lu captured a niche in the market when the e-commerce shopping environment was weak, offering free express shipping across Australia and delivery within one to two business days and three hours in Sydney metro. And with the price of clothing capped at $70, SHOWPO is determined to be affordable to girls of all budgets.

The online shopping site began in 2010, in addition to their first store in Broadway. Combining brick-and-mortar stores in prime locations around Sydney with their online store, SHOWPO’s turnover was just as high as permanent stores and established labels.

While this was a profitable affair, in 2013 Lu turned her focus solely to their online retailer www.showpo.com, with the pop-up stores bringing in only a very small piece of the action. She has since closed the brick-and-mortar stores focusing solely on online sales.

“With our focus redirected solely on the online business, within a couple of months, we managed to double our online sales – something that would be virtually impossible month on month from bricks and mortar,” she remarked.

“Plus, I definitely don’t miss having to cover shifts at our Pitt Street store when girls chuck sickies over the weekend!” she added.

Sharing wisdom from her own experience

It’s not every day that one comes across a 27-year-old self-made millionaire so I was curious to know what advice Lu has for all those out there who would love to emulate her success at such a young age.

“Just get out there and give it a go! If you think about how many years you spend at university investing in your future career, why wouldn’t you take some time and invest in building a future around doing something you really love,” she counselled.

“And when you do start, don’t waste too much time over-planning and don’t wait until you get everything perfect to launch! I still don’t have a business plan and never have. You learn the most from testing and doing. There’s no such thing as a perfect business – if I was to wait until our website was perfect, I still wouldn’t have a business yet!” she added.