The best travel sites today were ones set up in the huge transition at the end of the last century as the industry went online. Over the years, most, if not all, focused on using technology to mine airline marts and hotel inventories and throw up the cheapest fares, hotels and pretty much everything. A good example of that might be Priceline.com, but everybody else from Expedia to Travelocity, Kayak and others.

As a consequence, travel sites have yet to find notable other market niches. So much so, they appear to have overlooked the huge phenomenon of social networking, as much as the obvious synergy travel enjoys with social.

That may be changing. Qantas is spinning off its Hooroo unit, which has tapped social to sell travel accommodation for over six months, into a stand-alone company. The move will give Hooroo the independence to leverage its social strengths to build a broader travel business and compete on its own terms in the marketplace.

The Australian airline group has been a notable biggie to take a stab at building travel around social. Its decision to give free reins to Hooroo has come not a bit sooner in a country that is addicted to the Internet. A recent survey revealed that Australians spent 18 hours a day on the Internet. Of that time, a fifth, or three hours and 36 minutes on Facebook and other social networking sites.

Recent research by Tourism Australia also has showed a strong connect between social networking and travel. In a survey, up to 73% of Facebook users admitted bragging about their domestic travels on social media, and 20% were prompted to book a domestic holiday as a result of viewing Facebook updates and photos.

Hooroo’s approach bears attention. It is not mining technology to deliver what many others are doing. Instead, it is bringing a strong human touch. Taking the long and narrow path, in a manner of speaking, Hooroo has built a community that tell its stories directly to other users. Using imagery and real-life stories, Hooroo seeks to inspire users to book their next travel adventure ranging from quick weekend breaks to extended family holidays.

Starting last November, Hooroo has providing domestic accommodation services to Jetstar.com and to Qantas.com since last month. Now, it will compete with other online travel agents for white label services to both airlines.

This approach ensures that Hooroo stays agile and industry-leading across all aspects of its offering,” said Chamberlain. 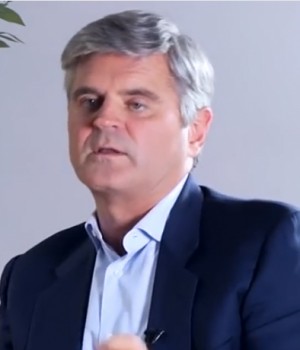