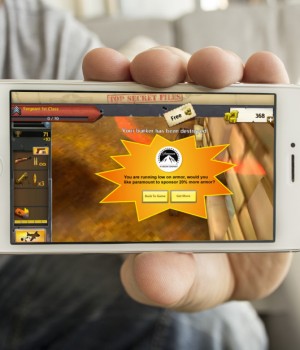 Imagine you own a small business in a quiet suburb. But, one day, owing to the overnight success of an Augmented Reality (AR) game, people descend on your suburb in search of virtual goodies that are tied to real world locations. You think to yourself, who are these customers, are they worth chasing, could it be good value for money to do so?

This is the situation many companies in Rhodes found themselves in following the success of Pokemon Go. To put this success in perspective, the success of Pokemon Go has been associated with Nintendo’s share price increasing by at least 50 per cent (which then declined in light of revenue concerns). It has seen Pokemon Go overtake Twitter for US users. In so doing, Pokemon Go surpassed Candy Crush’s prior record for peak user usage, amassing 15 million downloads and 21 million daily active users.

The increasing commercial success of games raises the issue of whether companies might benefit from increasing “native” advertisement in games in general, and especially in Augmented Reality type games such as Pokemon go.

The use of native advertising differs from “pop up” style direct advertising. Such “native” advertising functions similarly to product placement: it aims to seamlessly blend into the game-world by, for example, inserting company branding onto in game bill boards or commercial premises.

In fact, there are several reasons for companies to pay more attention to advertising in games. Below, I outline three such reasons.

1. There are many gamers and they are increasingly older and wealthier

The Electronic Software Association (ESA) reports that game usage has increased over time. In the United States, as of April 2016, there were at least 150 million gamers, with an average age of 35 years. 41 per cent of gamers are women.

Comparable statistics for other countries are less forthcoming. However, similar trends are likely in other western countries with a similar media, technology, political, and legal background.

The sheer number of gamers, and the broad demographics, make it an attractive market for advertising. By contrast, the US Federal Communications Commission report that at year end 2013, there were 54.4 million cable subscribers, down from 56.4 million in 2012.

The below graph illustrates some demographic trends in the game industry. Certainly, usage trends are different between games and cable television. For example, 63 per cent of households have at least one person who spends at least three hours playing games per week.

Of the gamers who indicate they are playing more games, 74 per cent indicate they are watching less TV or going to the movies less. Plausibly, people spend more than three hours watching television per week. However, games also involve more active participation, potentially generating higher engagement during those three hours.

Overall, the demographics suggest that gamers are a growing, reasonably mature, market the represents a significant potential for increased advertising.

2. Games allow focused advertising with an engaged user base and could be ideal for SMEs

To illustrate, Pokemon Go functions by enabling players to walk around a representation of their real world environment and collect Pokemon. It does this by interfacing with Google maps and tracking players’ GPS signal. It can then highlight Pokemon (that players can collect) and other areas of interest.

The advertising implications are obvious: A real world location with a Pokestop will get more foot traffic as players near it to interact with the Pokestop. If Pokemon Go enabled advertising, it could enable businesses to pay for higher quality Pokestops.

At present, this is only indirectly possible if a business pays in game currency (which can be bought for real world currency) to obtain an item to enhance a nearby Pokestop to attract people to it. Similarly, it would be a way for Realestate Agents to highlight properties for sale.

The financial value of this foot traffic would vary from business-to-business: it is difficult to see a law firm extracting much value, for example. It would also vary depending on the game in question.

The ability to target advertising extends outside of augmented reality games and into traditional game media. Games belong to genres and have relatively specific target audiences. For example, developers can identify the average type of player that plays Fantasy Role Playing Games, or First Person Shooter games.

This can then enable them to tailor advertising. This is also the case in other media markets. However, games differentiate by being interactive and involving a greater level of player engagement, potentially enhancing advertising penetration.

One potential concern with such advertisements is that they could be intrusive or incongruous. Shoehorning a garish neon advertisement for (say) fly spray into a game set in a medieval environment would be anomalous and potentially ineffective. This is a valid objection: it suggests that not all games are fit for all advertisers.

However, this is the case with existing media: It is doubtful McDonalds would advertise in Vogue, for example. In that Medieval setting, for example, naming medieval equipment after the advertiser’s brands could create brand-quality recognition, the financial benefit of which would need to be evaluated.

Indeed, the cost to advertise need not be exorbitant. This is clear from independent games. A relatively successful game, “Shovel Knight” raised $300,000 on Kickstarter (a crowdfunding platform) but could foreseeably have a realistic budget nearer to 1.5 million and sold 180,000 copies in its first month.

An advertiser could pay a portion of the development costs in return for advertising space. Such costs compare to figures such as $400,000 for a commercial during the fifth season of “The Walking Dead” (which has a larger viewership, than “Shovel Knight” but for which the fee would facilitate a passive and short advertisement), or an average of $112,000 for a 30 second prime time commercial in 2015. Naturally, a market price for games advertising would need to be determined but it has the potential to be viable and beneficial.

Overall, games advertising is a relatively untapped and underutilized medium. Given the possibility of attracting an engaged and active customer base, it has the potential to be cost effective. Such possibilities are potentially a meaningful revenue stream for developers and a cost-effective advertising method for companies.

Mark Humphery-Jenner is an Associate Professor of Finance at UNSW Business School. He has a PhD in Finance from UNSW and a PhD law from Leiden. He has published in leading business journals, and researches in corporate finance, venture capital, and private equity.