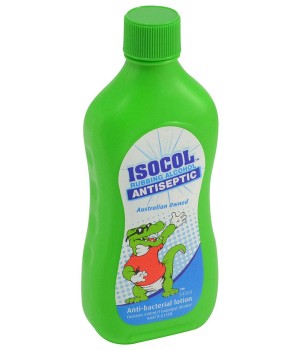 Chances are, you’ve used it, either to clean the wall, or your face.

Isocol, the iconic Australian brand with the greed crocodile, is set to venture overseas for the very first time after 30-years of domestic success. It will target the Asian and European markets in a move to grow its product’s presence internationally.

Moving ahead with big steps

General manager Chris Musgrave says the move comes on the back of new opportunities and continual requests from distributors to sell their product in new markets.

“Isocol has been used by millions of Australians since it was launched in the early eighties, and the local market has been strong enough to sustain growth,” Mr Musgrave says.

“For example sales in one major supermarket chain increased over 14 per cent in the last year alone.

Isocol has had many suitors, and overseas distributors have known be persistent in their approaches. However, complex logistics have prevented the brand from going forward. Now, there’s nothing holding them back.

From Australia to Asia and Europe

The Therapeutic Goods Administration approved product will target its antiseptic qualities and its acne prevention in both the Asian and European markets.

“The hygiene market in Asian countries has huge potential and we’re planning on leveraging off the uniquely Australian brand to help spearhead that region,” Mr Musgrave says.

Statistics seem to be supportive too. According to Euromonitor International, sales of personal care products in China reached US$37 billion in 2014, while market intelligence agency Mintel puts the value of the entire Asian market at US$86 billion.

He also commented that while the European acne market is rather small, there is still an attractive upside for a Isocol.

“While the European acne market is relatively small it presents a very attractive upside for a product like ours.”

The company is in talks with distributors in both markets and plans to cement its strategy in the next three months. And so it seems, the green crocodile is going places.