Tear down and rebuild your brand with LEGOs!
Wednesday, April 21, 2021 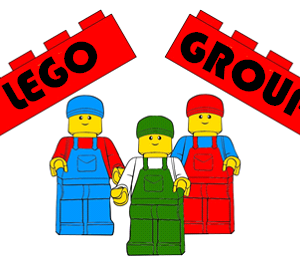 Does your business have trouble rallying interest from customers and would-be strategic partners alike?

Could your business benefit from a reboot, if not in terms of organisational structure, then in terms of branding?

Have you ever though about taking a page from the LEGO Group playbook?

LEGO has had a riveting year, largely on the wings of the runaway success of its theatrical The LEGO Movie, which has re-acquired pop culture relevance with a new generation of LEGO fanatics, and has even turned the deceptively simple plastic bricks into a target for thieves.

But this is no fluke happening stemming from a one-off Hollywood success. LEGO has been carefully cultivating its brand positioning and harnessing the inherent licensing potential of its versatile products.

If it’s tangible, it can, potentially, be LEGO’d. That’s a broad value proposition, to say the least, but it’s that breadth that makes LEGO such a powerful brand.

The building blocks of LEGO

LEGO traces its history back 80 years to Ole Kirk Christiansen’s woodworking shop in Holland. Ole Kirk started the company building wooden, modular tools in 1932, in the depths of the Great Depression.

Despite picking a tough time to start a business, the company endured, though it did not begin making the now-familiar plastic bricks until the 1960s.

But it wasn’t until 2005 that licensed products became LEGO’s greatest strength, as that year, licensed tie-ins to Star Wars and Indiana Jones brought the company back from the brink, following annual losses from 1992 through 2004.

Now, the decades’ old toy department staple is serving up valuable lessons on branding, and business experts have taken note of LEGO’s winning streak, including Warwick Business School’s Lloyd Harris, who is a Professor of Marketing and researches consumer goods.

Professor Harris recently told Anthill:“It’s been a brilliant year for Lego and it’s going to get better. The financial performance of Lego reflects a deep understanding of their customers and astute business practice.”

“While other toy companies are scrabbling around to produce toys to tie-in with movies; Lego has done things the other way around as the inherent versatility of Lego has enabled licensed movie-makers to create a perfectly-targeted movie that is inextricably linked to the Lego product plus they have produced the Lego Movie box sets that complement the characters and settings.”

LEGO for everyone – really!

As a modern entrepreneur, you are probably familiar with defining your minimum viable product, your value proposition, and narrowing your target market as resolutely as possible, and Anthill is certainly an advocate of those things, but LEGO’s model defies most of that ‘conventional wisdom.’ So, why does it work?

“The release of The LEGO Movie was complemented by 17 Lego box sets of movie settings and 16 collectable Lego characters. This combined with other merchandising and the accompanying video game have heightened and enhanced the profile of the core Lego product while boosting revenue and profits. What’s more things are going to keep getting better,” continued Harris.

“The Lego Movie Blue-ray and DVD will be out for the festive season and many children are likely to have a Lego themed Christmas stocking this year. Lego has also lined up Star Wars sets to accompany the much publicised Star Wars VII release – building on a long standing Star Wars tie-in that also contributed to their current comfortable position. It would appear that the force is with them.”

LEGO is a platform as much as it’s a product

The thing is: LEGO is a platform that is very obviously just waiting to be turned into other things. LEGO has created arguably the most profitable tabula rasa (aside from actual stationery, perhaps) in history.

It’s simple, readily reproducible plastic blocks have been turned into many things by the company itself, from helicopters to dinosaurs, and everything in between. So it’s obvious that other trademarks could fit the LEGO form factor.

The big takeaway is that, during its worst years, up until the company began to turnaround in 2005, LEGO had been reluctant to disappoint purist fans and come off of its tight control over product appearance and usage. That changed, and LEGO began sharing and profitability has followed.

How does your business measure up?

Even if you’d classify your business as a growth company, have you ever thought that you might be able to do it all a little better?

Maybe you should peel it all back to square one, think like a startup, or take follow in the example of LEGO Group and open your mind, open up your ideas, and see what opportunities present themselves to you.