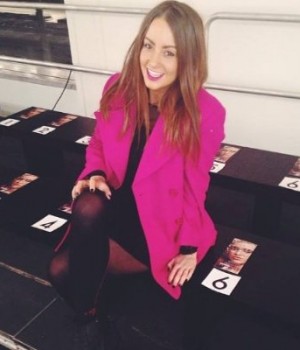 Stashd is changing the way you shop online. Instead of jumping between multiple desktops with various categorisations and shopping carts, Stashd has simplified and centralised the process.

Stashd is a global virtual mall on your mobile device which takes the process of ‘browsing’ in a brick and mortar store and translates it onto mobile. Importantly, for everything Stashd sells, the company clears 8-20%. The company plans to move into selling ‘opinion generated data’ back to retailers to allow them to make smarter, more informed business and marketing decisions.

Stashd co-founder, Jess Wilson, 23, is no stranger to entrepreneurship, having started her first business at just 16 years of age.

“I started a business at 16 which made me enough money to put myself through my first year of university,” Jess recently told Anthill.

“I dropped out and took internships/jobs which lead to working throughout Australia, New York and Paris. That experience gave me the insight to start Stashd. I booked a one way ticket to Silicon Valley and the rest is history.”

That ‘history’ started, oddly enough, in the ladies’ room. You read that correctly: we’re talking about the restroom.

“I was doing my market research on the tech industry before heading into the fashion tech space,” Jess continued.

“After booking a one way ticket from Australia without knowing a single person to Silicon Valley, I met a women in the ladies bathroom at an event. The women later mentioned she worked with Forbes. I had no idea what I was going to be doing as yet, but she could tell by speaking to me I knew the market. She offered to share her details with me and once I was ready she would cover the story. And she did.”

That fateful meeting eventually contributed to Jess’s nomination for the Forbes Under 30 and her becoming the first Australian woman to be invited to attend the Forbes Under 30 Summit in the US. This makes her one of 1,000 entrepreneurs under 30 who Forbes identifies as having the potential to change the world in the next 50 years.

In full recognition of Jess Wilson’s business acumen and track record of winning, Anthill is proud to announce Jess Wilson, 2015 Anthill 30under30 winner!

PR / thinking laterally – I was able to set up a system in which by having the correct placements from the start now 70% of PR for Stashd is all by referrals and journalists contacting me apposed to me constantly pitching.

USE THE TWEET BUTTON AT THE TOP OF THIS PAGE. YOUR TWEET WILL SAY: CONGRATULATIONS JESS WILSON, ANTHILL 2015 30UNDER30 WINNER!