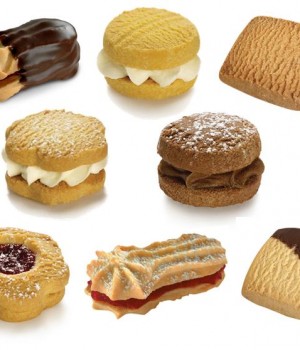 If you have a sweet tooth, particularly for biscuits, then it’s very like that this name rings a bell somewhere deep in your taste buds: Kez’s Kitchen.

Started by the Australian Carp family in their own humble family kitchen in Melbourne, this biscuit brand has grown steadily since day one.

It is now one of Australia’s largest and fastest growing premium biscuit, cereal and snack brands.

While in between jobs in 1991, Keren Carp (nicknamed ‘Kez’) had the epiphany that her delicious chocolate-chip cookie recipe – a hit among family and friends – had the potential to earn her a few bucks.

As she went door to door selling her mouth-watering biscuits, orders began to roll in.

When she was approached by a customer seeking almond bread, Kez turned to the family baking expert – her own mother, Helen. And the timing couldn’t have been better.

You see, Helen, a stay-at-home mum to four kids, was searching for something to occupy her time now that her youngest would soon be off to university. Helen began experimenting in the home kitchen with different baked treats.

As their array of biscuits grew, so did the incoming orders. And to catch the attention of retailers, the pair also supplied their product in the form of gift hampers to local stores.

Less than two years later, after much hard work and effort, large retailers and even an overseas customer came knocking. There was clearly no turning back now and it wasn’t long before Helen and Kez outgrew their family kitchen and moved into a Melbourne bakery.

In 1994, having watched the success and fun that mum and Kez were having, Kez’s brother Michael was inspired to pack up his law career and swap his Collins Street office to join the family business. Beginning at the bottom, he learned the art of creation on the bakery floor and gradually worked his way up to management level.

In 1999, they moved to a purpose-built Noble Park bakery in Melbourne where they remain today. Mum is still the mastermind, developing all their new products in her home kitchen.

Time for a little re-invention

However, a few years later, Michael began to feel the fire that had once drawn him to the business burn out. “I felt that I needed a change to inject some new passion into what I was doing,” he explained to Anthill.

It was at this point that he decided to buy Kez’s Kitchen, take leadership and make some important decisions that would turn operations on their head.

By 2011, Michael felt that the business had a very strong foundation and platform for growth so he spent the next six months listening to what customers really wanted.

“I discovered that what set us apart from other brands was our homemade products and the fact that we only used premium ingredients. I knew that we had to push this further.”

“I reached out to other markets, such as those with gluten or lactose intolerances. There was a huge demand from these consumers, crying out for a great-tasting product that could meet their dietary requirements,” he added.

It was then that they launched their Kez’s Free (dedicated gluten free) range for exactly that.

Michael also rebranded all product packaging and searched for new avenues to sell. Business gradually picked up and, in 2011, these efforts began to bear fruit.

Today, Michael oversees the distribution of 1 million packets of products across Australia each month and has achieved 40+ per cent growth year on year for the past 2 years. In fact, they have experienced more than 85 per cent growth in the past 18 months alone.

Kez’s Kitchen is now a major supplier to Coles, Woolworth and Myer and provides over 100,000 biscuits to major airlines each month. They also supply to cafes and boardrooms nationally and contract produce great product for other leading Australian food brands.

Micheal revealed to Anthill that the best part about the business is that it’s something he has grown with his family saying, “A strong relationship with my mother, siblings and also my wife Emma – who is our Quality Manager – are to thank for where we are today.”

“We did this by keeping both work and family life very separate. When we leave the bakery each evening, we focus on what’s important to us personally. I believe this balance is why we’re so strong as a family and a brand today,” he explained.

For some reason, I’m suddenly feeling hungry after writing all this…