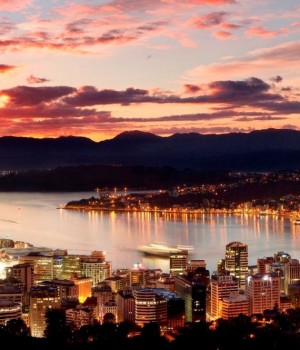 A new campaign targeting Australian start-ups, as the next stage in its efforts to put Wellington on the map for Aussie businesses looking to expand, was recently launched. In fact, it’s flying Aussie startups over there to check it out for themselves.

The Wellington Adds Up campaign includes a competition for five business owners to win a tour of the ‘Coolest Little Capital’, meeting with some of the city’s brightest business and industry leaders and getting a taste of the great lifestyle, culinary scene and competitive advantages for businesses looking to relocate or expand across the ditch.

A collaboration between Positively Wellington Tourism and Grow Wellington, two of the organisations being combined into the new Wellington Regional Economic Development Agency, this campaign comes after the Wellington Works campaign which was launched to woo Aussie tech talent across the Tasman and has attracted over 12,000 visits.

“The decision to set up or expand a business in a new city is not one that is taken lightly,” says Positively Wellington Tourism Chief Executive David Perks.

“So as well as share the story of how Wellington can add to your capacity, subtract from your overheads and multiply your happiness, we wanted to offer businesses the chance to come and discover it for themselves,” he explained.

More and more Aussies are checking Wellington out

Wellington City Councillor for Economic Development Jo Coughlan says the campaign is part of the the council’s strategy to seek and attract new business investment.

Jo highlighted that Australian visitor arrivals to Wellington have increased 25 per cent in the last five years, with more than 200,000 Australians spending at least one night in the capital last year.

“The Destination Wellington programme was launched to expand on our success as a visitor destination, profiling our competitive advantages and lifestyle benefits in order to drive new investment and growth through talent and business attraction,” he said.

In the last quarter there were over 92,000 visits to WellingtonNZ.com from Australia – nearly double the same quarter last year.

“Wellington is on Australia’s radar like never before,” Jo says.

How does Wellington add up for Aussie start-ups?

Well, as far as the lifestyle goes and what makes it so cool, we recently identified ten good reasons to move to Wellington.

And when it comes to the cost of doing business, there is neither payroll tax nor capital gains tax, company tax stands at 28 per cent, the top personal tax rate is 33 per cent.

Raising capital and funding is a growing problem faced by many Aussie start-ups. In 2014 Australia raised just $516 million for 93 companies out of around 30,000, a recent IVC and KPMG report stated.

How does Wellington add up as far as business funding goes?

“Firstly, its compact nature and close-knit business community provide regular networking opportunities and access to great mentors who are willing to share advice,” he stated.

Gerard went on to highlight that in the last two years, New Zealand has seen a sharp rise in the number of angel investors joining networks and funds and those such as AngelHQ, Wellington’s angel investment club, actively run and participate in networking events so that they can engage with the entrepreneurs and start-ups in the region.

The NZVIF is a venture capital fund that invests $160 million into privately managed venture capital investment funds across New Zealand, and there is also the opportunity to receive government support in the form of R&D grants, whether those companies have a strong track record of R&D spending or a less established programme.

Gerard also pointed out that Wellington businesses can benefit from crowd-sourced equity funding, which is still quite limited in Australia.

Through platforms such as PledgeMe, start-ups and small businesses can raise up to $2 million from a range of investors in return for equity, meaning they have a much wider pool from which to raise capital.

There is also no restriction on how much an individual can invest.

“The Maori community in New Zealand is also now emerging in the investor community, as it looks toward the ICT sector for new investment opportunities outside primary industries,” he added.