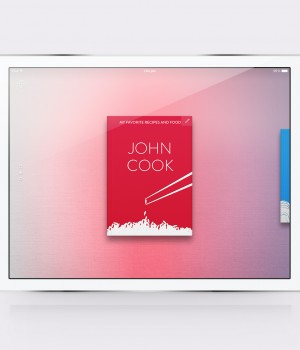 As a species, we have been cooking for roughly 250,000 years now. Mobile apps on the other hand have been around only since 2008.

Why am I telling you this? No, we are not practising for Who Wants to Be a Millionaire.

It’s just that there’s this global recipe-sharing app that is bringing the ancient and traditional concept of cooking into the digital age of mobile technology, and is pulling it off very well at that.

Breakfast, lunch, dinner, snacks, treats and dessert – Cook covers it all, providing you the opportunity to share your ‘food story’ with those close to you, or even the world. You can add your favourite family recipes, new discoveries or tips for a delicious meal out.

Take note though that you don’t have to create to take join in the fun – there are plenty of featured free recipes to add to your very own cookbook which you can even personalise to your personal taste with customised covers, graphics and colours.

Taking the foodie scene by storm

With 500,000 downloads in the first three weeks, Cook was clearly an instant hit with foodies world over. This has now grown to 850,000 people, sharing over 200,000 recipes, including renowned chefs Neil Perry, Guy Grossi, Luke Mangan, Maggie Beer and Matt Moran.

Cook aims to hit the 1 million user mark by April this year and is currently the number one Food and Drink App in more than 90 countries, and has been selected as the much coveted Editor’s Choice noted as one of the Best New Apps.

It has been highlighted as a Food and Drink Essential, by the Apple team, in its short time on the market, was also named as part of Apple’s Best New Apps of 2013 and is featured daily in over 250 App Stores across different countries worldwide.

Who is behind this massively successful app?

Cook is the brainchild of Jodie Moule, who comes from a long line of passionate cooks.

A huge part of her childhood was spent in the kitchen, watching on as her mother prepared lunches and dinners for family and friends, and being dragged along to cooking classes.

Her own children Darci (5) and Blake (6) were crucial in bringing Cook to life. Jodie says she wanted them to never experience the disappointment of losing a much-loved family recipe as she did after the passing of her beloved Gran.

So basically, the idea was born out of her passion for good food, the frustration of losing cherished family recipes from generations gone by and a strong desire to share and recreate family recipes and preserve them for years to come.

Jodie, who is the co-founder and Director, hopes that the app will someday become ‘The World’s Cookbook’ and she aspires to eventually create a printed version of everyone’s favourite recipes posted and shared on the app.

I’m off to share my auntie’s very own killer recipe for pan-fried grasshoppers!