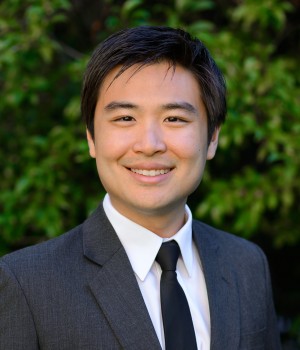 Bluesky started in 2013 with the goal of shaking up the world of retail discovery.

“I constantly do things that scare the hell out of me in order to make a positive impact in this world. If I believe in an idea, I’ll do everything to make it happen.”

Bluesky started in 2013, with backing from Venture Capital investors. Raising the $1.3 million in capital investment to start the company, David says, has been his proudest entrepreneurial accomplishment thus far.

“I competed in The Big Pitch national start up competition this year,” David added.

“Of the 350 start ups that applied, we achieved a ‘top five’ position and pitched at the finals in front of an audience of more than 500 people from the media, start up and investment community. The event brought us a lot of publicity including features on the ABC, StartupSmart and BRW.”

“My biggest setback happened when my previous business, UniSquare, shut down. We couldn’t find a sustainable revenue model and was forced to close the company down. It was one of the lowest points in my life,” he added.

“But after I realised how much I have learned through the experience, I begun to brainstorm for different ways I could use my knowledge to start something new. I bounced back within 3 months and founded my next venture, Bluesky, which ended up becoming my biggest breakthrough.”

In 11 months of operation, Bluesky has grown from just David to a team of 18. attracted some 500 partner brands, and added more than 110,000 user of the company’s app.

In less than one year of operation, David Mah has brought Bluesky from idea to realisation, and that makes David a 2014 Anthill 30under30 winner.

I can motivate a team to create the best work they have ever accomplished in their lives.

Use the Tweet button at the top of this page. Your tweet will
say: Congratulations David Mah, Anthill 2014 30under30 winner!