We want it all and we want it now! Loading speed can KILL businesses!
Wednesday, June 23, 2021 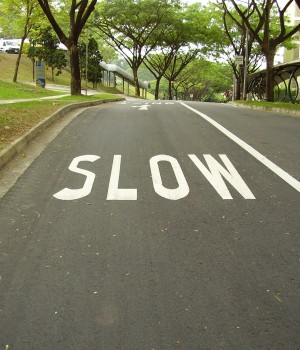 First thing’s first – we hope the page you are reading has loaded appreciably fast.

The survey sought to discover how online loading time affects consumer behaviour. Aussie’s strongly prefer speed of loading as a signal to buy, as you might have guessed. According to Squixa’s data, 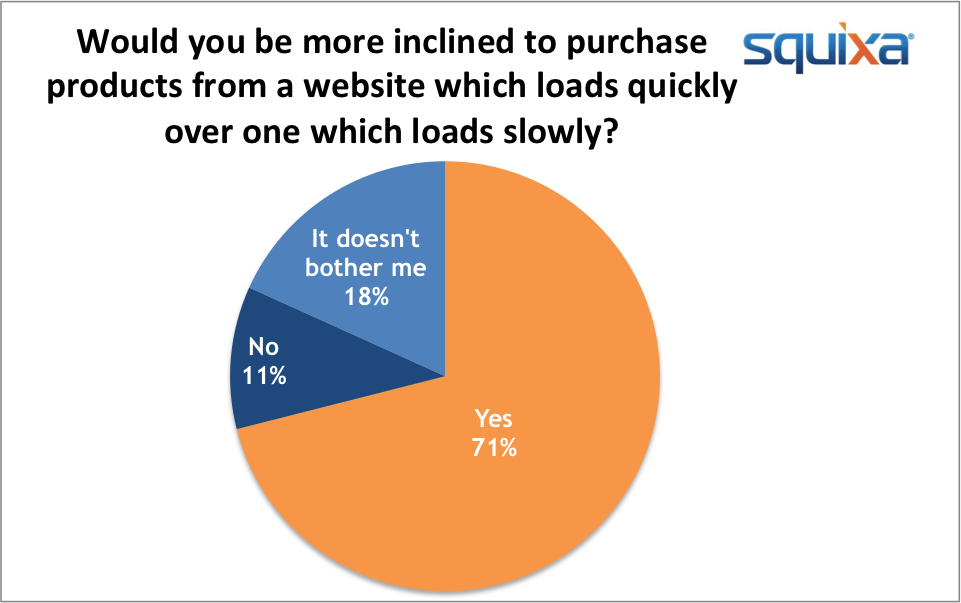 More alarming, for online businesses, though is that, according to the report, most respondents indicate that visitors will simply bounce to a different website (while around 30% say they will suffer the loading time, and around 22% say they will come back later). 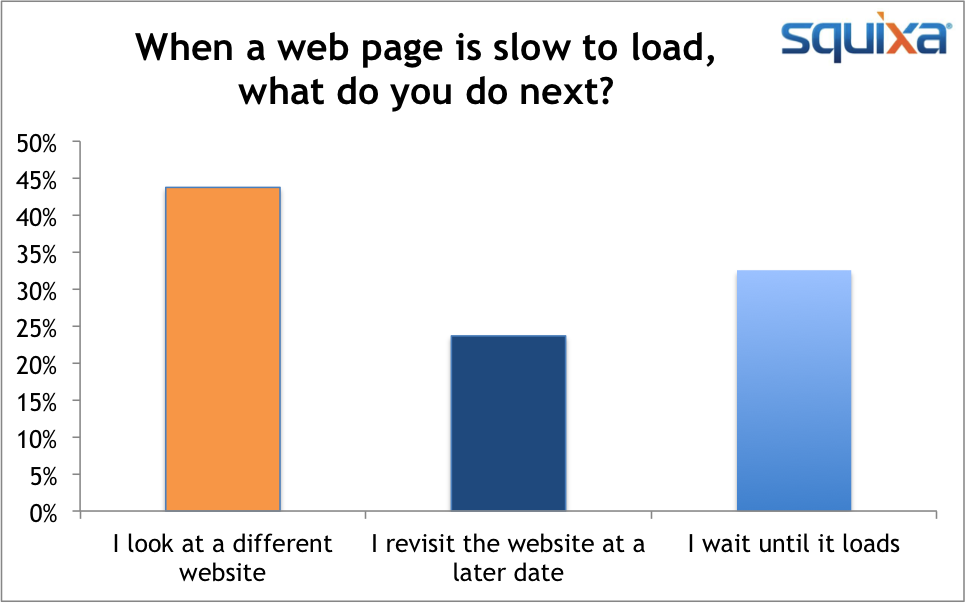 The numbers, for the most part, confirm the long-held suspicion that Aussie’s have a need for speed online.

Do you need to speed things up?

“Website speed is often ignored or an afterthought for Australian online businesses, but it’s an absolutely critical component of online sales,” said Stewart McGrath, co-founder and CEO of Squixa. “The survey results demonstrate that eyeballs and clicks will simply go elsewhere if websites aren’t living up to a customer’s expectations, in what is a highly competitive online environment.”

In the ceaseless ebb and flow of web design practices, of late, online retailers and other websites have returned to flourishing images and rich media – content that hogs bandwidth and slows down loading. Are those elements slowing down your site, despite having found favour after years of exile from web design?

The demand for speed is present on tablets and mobiles, too. The data from Squixa shows that users expect desktops to load the fastest, tablets second-fastest, and mobile devices slowest. The takeaway from the chart below, though, is that if you can optimize for speed on desktop and mobile versions of sites, you’ll exceed expectations across devices. 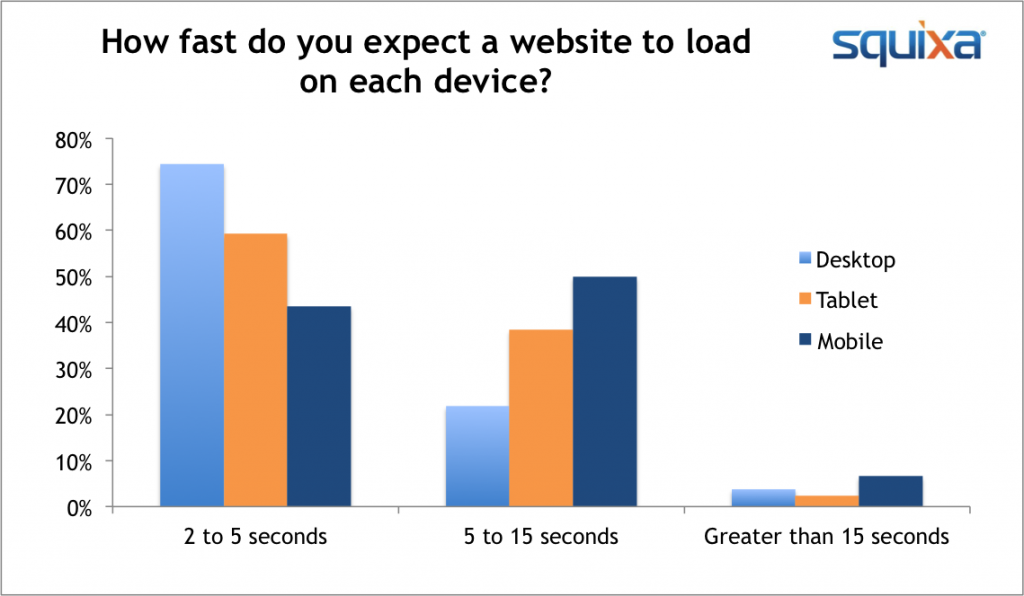 Slow has to go…

“Retailers are already up against fierce international competition. They really should be focusing on creating the best customer experience they can online,” McGrath said. 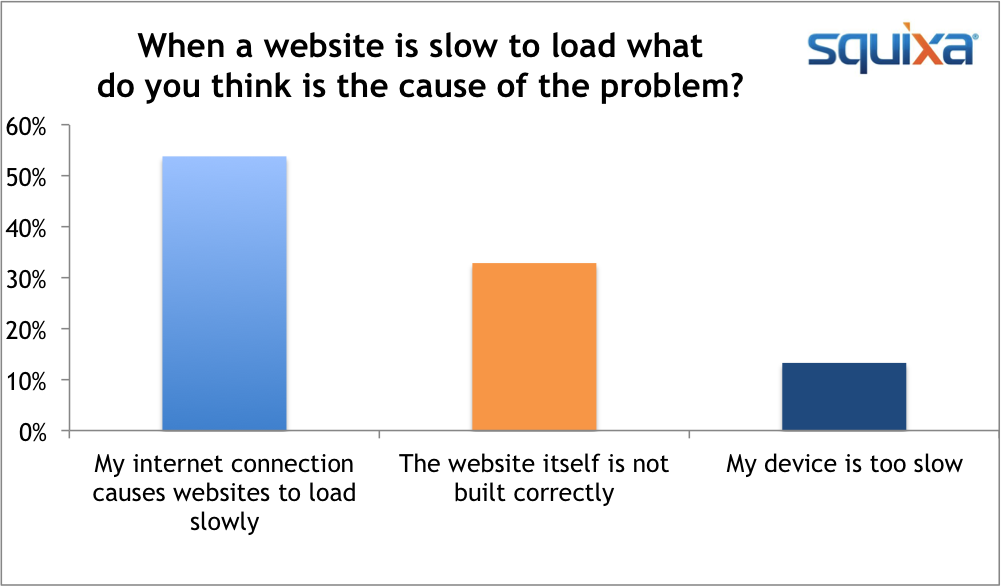 “Modern online consumers are savvy – they increasingly understand the causes behind slow web pages. It might only be a second or two, but both the risks and benefits for brands are real and tangible when it comes to website performance.”

Is it an Aussie problem?

Squixa’s data is not definitive when it comes to whether Aussies perceive a marked difference in website speed between local sites and those from the US or the UK. Around 40% say “yes.” there is a difference; slightly over 40% say “no.” The remaining survey respondents just couldn’t decide. 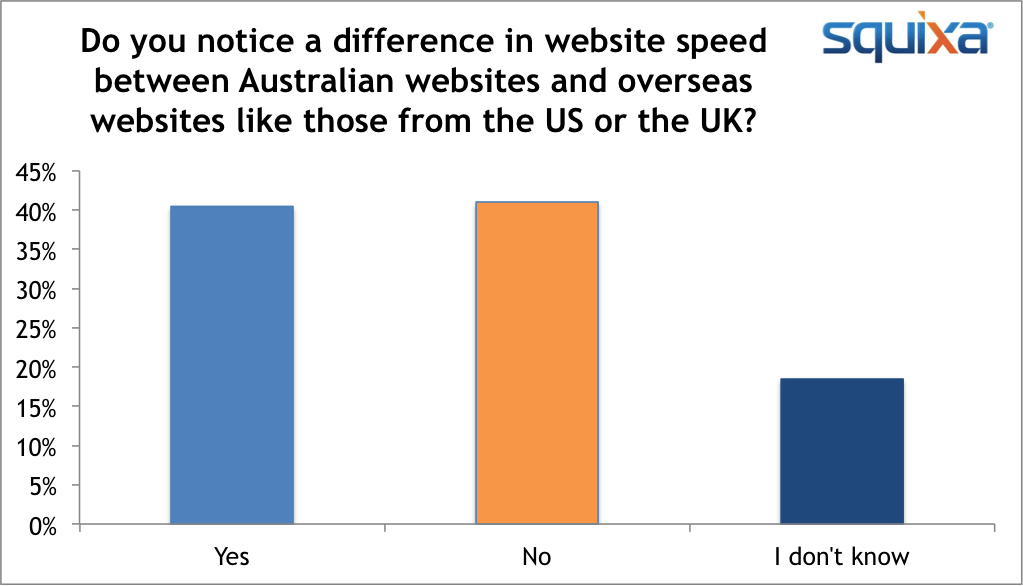 But, fear not, a clear majority of survey respondents say website speed doesn’t affect whether or not they buy local. 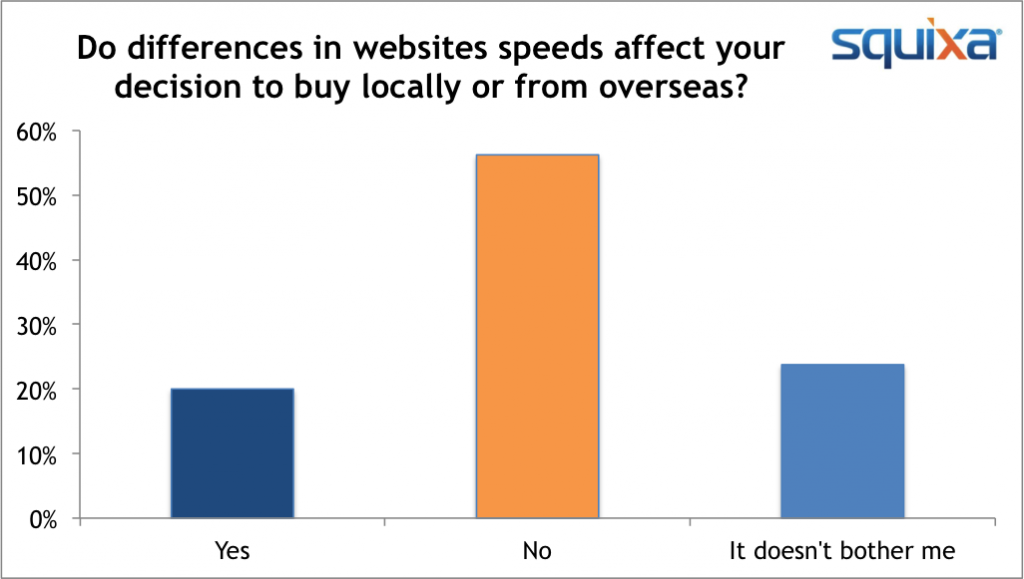 The bottom line is that, although an increasing number of sites are eager to add moving graphics and fancy drop-down menus, we’re still hot on the heels of the era of flat design and minimalism in websites.

Everything that made those ideas the buzzwords of the last year or so are still in place. Mobile devices, which Squixa’s survey, are perceived as suffering from slow loading times, yet we know that mobile traffic is rapidly outpacing desktop. So your business needs to do the obvious: keep it simple.