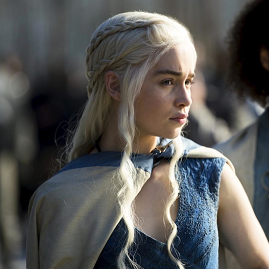 SPONSORED: For small businesses, technology can make the difference in driving your company ahead and setting you apart from your competition. But the challenge is ‘how do you get there’? Microsoft can help make the benefits of modern technology a reality for your business. Visit our small business page to learn more.

If you’re a bit of TV junkie like me, you’ll probably be moping around at the fact that HBO’s Game of Thrones will not be back on your screens until next year. And if, unlike me, you’re a book reader and already know what twists and turns are coming along next year, then I pray that you please stay away.

During the interim period, I’ve got to thinking about what the show has taught me in the last three  years and as result I’ve ended up with a list of business lessons that I’ve taken away from watching the trials and tribulations of the people of Westeros.

1. Even if you’re little, you’ve got to be mobile

We live in a truly global era in the 21st century, where even the smallest of start-ups has got to reach and be reachable pretty much everywhere. Luckily in GoT, dwarf Tyrion Lannister is very well connected, coming from an influential family and possessing a sharp mind. This has allowed him to effectively outsource his problems… to sell-swords, primarily the down-to-earth Jerome. As a result, he’s emerged unscathed from two trials by combat. That’s where someone in the realm, charged with a serious crime, can have their guilt, or innocence, judged in a battle to the death… and the fighting can be outsourced. If their ‘Champion’ is victorious, it’s deemed that in the eyes of the Gods that the accused is innocent. Tyrion has been here, there and everywhere in the series so far but, despite that, he’s always had someone fighting in his corner wherever he may be. The same principle should apply to your business. Where ever you may be or are going to, your business must be able to follow. Having a wide network of friends and associates spread around the land will only work in your favour. Keeping everything close and being connected to them whether it be via smart phone or Skype or whatever is simply a must today, no matter your size.

2. Surround yourself with the right tools when you’re building

When your business is growing and new opportunities present themselves to you, it is wise to sometimes take a step back and acknowledge there are certain topics on which you are not an expert. In these cases, it is your responsibility to surround yourself with the perfect tools for the job. That’s exactly what Daenerys Targaryen has done, as she starts her own attempt to claim the Iron Throne back for her family. Surrounding herself with the likes of Ser Jorah Mormont and Ser Barristan Selmy as advisors as she has no experience of raising an army or ruling a settlement. There is little doubt these additions have strengthened Daenerys’ position and it’s the same in the business world if you surround yourself with respected and well tested equipment. Cloud productivity tools like Office 365 can provide small businesses and individuals with access to what are widely regarded as some the best tools available. Whether aiding word documents, spreadsheets or presentations it consistently provides a well organised way of managing any growth and changes to your core business and ensures you’re never out of date.

3. It’s about who you know AND what you know

One of the key buzz terms in business circles is that it’s not what you know but who you know that counts. Leading from that, perhaps the phrase should also include, who knows you? But why can’t it be all three? There have been plenty of individuals in Westeros who’ve profited both from who and what they know and who knows them. Take Lord Petyr ‘Littlefinger’ Baelish and the spymaster Lord Varys for example. These two have made it onto the King’s Small Council via a combination of influential connections within King’s Landing and a wide array of informants keeping them up to date on the feelings of the masses outside the palace as well passing along valuable data from further afield. Then there’s Margaery Tyrell (played by the rather stunning Natalie Dormer wouldn’t you agree?). Using her family’s considerable influence, she’s ascended from originally supporting Renly Baratheon’s Iron Throne claim to marrying King Joffrey and gaining the love of the King’s Landing citizens through her charitable activities. All these characters have used both their wits and connections (we could even include Tyrion here, again, couldn’t we?) to further and improve their own circumstances. And it can be same for your business! If you’re able to find the right audience, get to know what they like and gain quick social insights into their thinking through customer relationship management (CRM), and other forms of business intelligence, you can effectively jumpstart your business by reaching millions. From there you will be able to greatly enhance marketing strategies and increasing profits whilst also reducing costs as you’ll be able to target customers both demographically and geographically.

While progress is always important (and we all like to dream big), it’s crucial to always make sure you’ve set the foundations correctly in order to enable future success, scaling up securely. Remember what happened to Robb Stark? Of course you do remember, the Red Wedding, one of the biggest OMG moments in TV history, like, ever! Robb was angry. His father Ned had just been executed for treason and the rest of the Stark clan wasn’t in great shape either. In his anger, Robb named himself ‘King of the North’ and raised an army of Houses loyal to his father to march on King’s Landing. However, it turns out that some of his allies were actually in the pocket of Tywin Lannister. Low and behold, Robb is murdered along with his wife and mother while attending a wedding. He tried to go too big too soon. The lesson here is to build your business with flexible and reliable services. Take your time and make sure you get it right. And make sure you’re properly well protected whether that be in the financial sense of the word or having the essential security against viruses, spyware etc. on your computer. Your business is your livelihood after all. And every business wants to avoid ‘getting in the red’. (Boom-chah!)

5. And if Winter is coming…

All of the Houses of the Seven Kingdoms seem to be terrified of the fact that ‘Winter is Coming’. Especially those in the North (and who can blame them, it looks positively freezing where they are) but the point is, if you’re a business owner, you should relish the fact that winter is coming! With adversity comes opportunity. When others zig, it could be time to zag. And that’s the surest way to avoid becoming a White Walker! If there is a period of potential difficulty coming up in the calendar, then, as a business owner, your aim should be to capitalise while your competitors are standing still. So if winter is coming, start stocking up on snow shovels! [quote]What now? Take action! For small businesses, technology can make the difference in driving your company ahead and setting you apart from your competition. But the challenge is ‘how do you get there’? Microsoft can help make the benefits of modern technology a reality for your business. Visit our small business page to learn more.[/quote]