THE ANNALS OF STUPID, GREEDY CRIMINALS

Reminiscent of the Simpsons episode where Homer has a $1 billion note until it is stolen by Fidel Castro, US Federal authorities have seized 250 bogus $1 billion notes in a Los Angeles raid. The notes, which bore the portrait of President Grover Cleveland, were believed to be modelled on actual $1,000 notes from the 1930s. Rumour has it that the notes will be used to relaunch the hunt for weapons of mass destruction in Iraq. Meanwhile, a spectacularly dim German women recently found a wallet containing €1,000 ($A1,640), but rather than just keeping it, she tried to extort a €120 reward from its elderly owner. Police swooped on her at the arranged wallet handover point. In an ideal world, a component of her sentence would require her to host a press conference.

WHAT’S IN A NAME?

Employers can never be too careful. A Stockholm nurse by the name of Jesus has been asked to change his name by hospital management after concerns that patients would spy his nametag and fear the worst. Jesus agreed and switched to using his middle name, Manuel, but protested to a Swedish news site that “my name never usually causes me problems”. Evidently, hospital management were concerned about the possibility of ill patients being told, “Jesus will be with you soon.”

Barbarians at the gate

China might be in the midst of what will be known as the greatest economic boom the world has ever seen, but Brand China certainly is not to everyone’s taste. In an attempt to capitalise on the furore in the western world over cheap Chinese imports, Gibraltar company Alvito recently lodged an application for a “not made in China” trademark. The Chinese Trademark and Patent Agency is not impressed and has lodged an official protest with the EU. 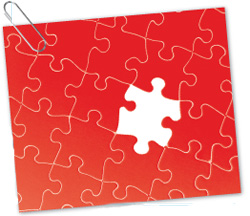 To Chinese exports of a different kind, and a 24 year-old man from Jiaxing (near Shanghai) who attempted to sell his soul on Taobao, a popular Chinese online auction site, had the post pulled by auction administrators who told him he needed to “provide written permission from a ‘higher authority’.” The offer attracted 58 bids, reaching 681 yuan (AU$110), before being terminated. The man eventually sold his soul to a female journalist for an undisclosed sum. Agence France-Presse reported the man as saying: “I did want to cancel the deal but there is a rule in Taobao that if someone bids for the goods, they cannot be taken off the shelf.” How noble. 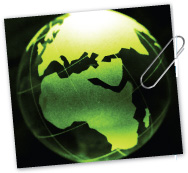 Failing miserably in their battle to stop graffiti artists from defacing the Great Wall of China, Chinese officials have taken yet another leaf out of the capitalism playbook, announcing that they will now charge visitors 999 yuan (AU$170) for the right to scrawl their chosen message on a brick at an artificial section of the wall. The idea is to allow people to scratch the itch to leave their mark, without damaging China’s most recognisable landmark.

In an altogether different approach, the innovative people responsible for the upkeep of Scotland’s Edinburgh Castle have been combating graffiti artists by covering the castle’s ancient walls with a caustic cocktail of sour milk, orange peel, soya beans and corn. There’s science behind the plan – the formula stops paint from sticking to the walls – though it is unlikely that punks and tourists will want to get near enough to test it out.

You are what you eat

Chinese bra makers have had to recalibrate their designs and production lines to reflect the burgeoning breast sizes of Chinese women. It seems that prosperity has many perks, with greater nutrition credited with causing the pressing demand for larger cup sizes.

Meanwhile, management at Wimbledon have been forced into a redesign of their own this year, enlarging the seats at the All-England venue to accommodate the proliferating posteriors of spectators. Apparently, there was more grunting in the stands than on the courts last year as tennis fans grappled with regular personal space violations.

ALL EYES ON DEUTSCHLAND

Grin and bear it

With the attention of the world fixated on World Cup host country Germany, preparations also dominated the news.

In an effort to shed their national stereotype for being ultra-serious and humourless, the German government launched a $5 million campaign to teach its citizens to smile. The National Service and Friendliness Campaign was launched in March to encourage Germans to lighten up and demonstrate to the world that they are a nation of charming, relaxed and joyful people. The real test will come if the host country is knocked out in the first round of the biggest sporting event on earth.

The German government might be doing all it can to ensure that the World Cup is one big warm international hug, but the German Tenants’ Association (GTA) is taking a more pragmatic line. In a rebuff to the blanket commercial embrace of World Cup tourists, GTA spokesman Ulrich Ropertz has characterised English World Cup supports as “loud and drunk” and advised German landlords to avoid accommodating them, recommending instead the “clean and neutral” Swiss and “lively and exotic” Brazilians.

For their part, the 100,000 English football fans expected to travel to Germany for the World Cup are being urged by the British Foreign Office to learn German versions of their terrace chants. The British government, keen to avoid a repeat of past hooligan violence, is hoping that singing patriotic English terrace anthems in the opposition’s language will help English football fans assimilate. Possibly.

Even the most meticulous people misplace their keys from time to time, and the entrepreneurs who came up with those key rings that respond to a whistle or clap are millionaires. Yes, a touch of absent-mindedness is endearingly human.

But if there’s anyone in whom we hope absent-mindedness is absent, it is security personnel at a nuclear power station. German authorities were recently forced to change 150 locks on the Philippsburg nuclear power plant in the south-western state of Baden-Wuerttemberg after plant operator, EnBW, fessed up to having lost 12 keys to a security area.

An intensive search yielded no keys, but produced several statements such as, “They were just here!” and “Retrace your steps,” interspersed with some fairly creative German cursing. As the search concluded, someone was heard to utter, “You’ll kick yourself when they turn up.”

A spokesperson from the German ministry said, “The keys have simply disappeared,” and announced that the possibility of theft was being investigated.

If only they had those key rings that sing, we’d all be applauding.

HAVEN’T GOT THE FOGGIEST

I once visited a house with a television in the toilet. It was somewhat vexing, as it wasn’t an especially large family. The answer lay in the occupants’ obsessions with soccer and soap operas, both of which require unbroken attention for their spells to endure.

To most people, the idea of a television beside a bath is considerably more alluring, though less practical thanks to high levels of condensation in the bathroom – the fog factor.

But not anymore. Australian entrepreneurs Damien Crock and Dom Doyle have teamed up to bring Aquavision TV downunder. The British-developed high-definition plasma television uses a technology that heats the screen and prevents fogging.

Crock tracked down the product, which is 18 months old, after he couldn’t find a television that was safe for the bathside.

Aquavision TV is safe in all domestic wet areas (bathrooms, kitchens, pools, perhaps the odd toilet) and is designed to be fitted snugly into a wall. Screen sizes range from 10″ to 40″ and it even comes with two surround sound speakers and a floating, waterproof remote control.

Starting at $3,500, could it be that Aquavison TV is the missing ingredient in your World Cup watching utopia? Then again, Days of Our Lives is on most days of our lives. 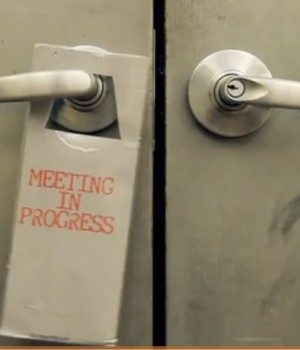 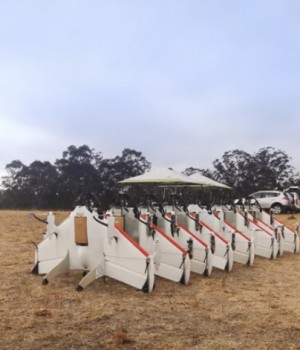