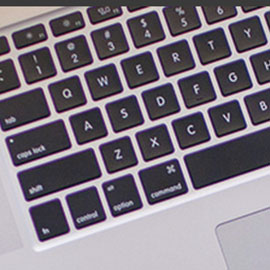 Learnable.com is giving away a whopping $10 million in free training to help Aussie kids learn computer coding and catch up with the rest of the world.

The first 10,000 Australian students to sign up for the Learnable for Schools program, which kicked off 19 August, will get three years of free access to Learnable.com, a global online learning company that teaches computer coding. It means each student gets $1,000 worth of online coding services ranging from books, tutorials and counseling normally sold at $29 per month, or for $180 per year.

The program, besides being a marketing initiative of the three-year-old start-up, has at its heart a desire to bring early computer education to Australian children – something many of their global counterparts already receive. Leni Mayo, co-founder of the Melbourne-based start-up, says Australian kids need to learn programming early in school in order to be globally competitive. Even a relatively poor country such as Vietnam stands out for offering computer science education in year four, he points out. Besides, developed countries such as the U.K. have also quickly adapted, including coding as a key component of school curriculum right from primary school.

Australia has a lot of catching up to do

“Australia is near the bottom of the OECD in creating students interested Science, Technology, Engineering and Math (STEM),” says Mayo. “I’m concerned that Aussies kids are missing out on the opportunities created by the technology and communications revolutions. If we don’t teach our kids the skills we need as a nation, we run the risk of being left behind.”

Learnable was incubated at SitePoint, which itself provides cutting-edge content for web professionals — developers, designers, programmers, freelancers and site owners. SitePoint was founded by Canada’s Matt Mickiewicz and Mark Harbottle, the founder of 99designs.com and other startups, and also BRW’s 2012 entrepreneur of the year.

“For me, learning to code in year 11 set my career in motion. This program will help pave the way for future Australian entrepreneurs,” said Harbottle, citing his own example.

Learnable.com’s initiative is a laudable one for our times – one in which the value of traditional university education is widely questioned, and exciting young talent such as Mark Zuckerberg leave college to build insanely famous Internet companies. Technology education in a new online, self-learning environment is valued highly by students, industry and even government.

“We know there’s a huge demand from Australian students who want to learn to code, and employers seeking these skills,” Learnable for Schools General Manager Kyle Vermeulen said. “Learnable believes there’s no better time to learn how to code than now.”

“We want to give students a head start in carving out a career in the technology sector, with absolutely zero barrier to entry. Our hope is that some of them go on to build the next Twitter or Facebook,” added Vermeulen.