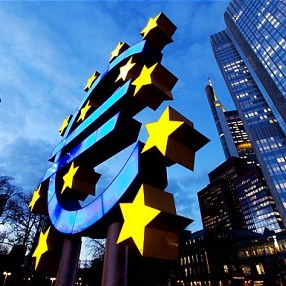 This year, the Credit Suisse Global Wealth Report indicated that Australia has the highest median wealth per adult in the world, so we should all be delighted, right? Then, why aren’t we?

Perhaps, it is because much of that wealth is in increasingly volatile assets such as property and shares, which are not readily accessible. Or, perhaps it is a deep suspicion that Donald Horne was right in the 1960s when he stated, “According to the rules, Australia has not deserved its good fortune”, in his ironically titled book The Lucky Country.

Australia has obviously changed much since the 1960s. Economic reforms by successive Labor and Coalition administrations have much of the Australian economy transformed. Opening ourselves to the global economy has allowed us to enjoy cheaper imported goods and indeed survive, so far, the turbulent times of the global financial crisis.

But, as George Megalogenis observed in his book, The Australian Moment, “The social reforms of the 1970s and the economic reforms of the 1980s and 1990s were sufficient to get us through the global financial crisis. But without a new generation of leadership that can tap Australia’s willingness to continue to change, the Great Escape will be a comment on a successful past, not confirmation of Australian greatness”.

Has the resources boom had its run? The debate continues there, but we know very well that in the past, during post-boom periods, government in Australia has instituted processes to stimulate research and development (R&D) and consequent innovation.

To address this, let’s first look at work produced by Harvard University and MIT in the US. Hausman, Hidalgo and others in 2007 published an economic assessment of nations based on what they termed was the Economic Complexity Index (ECI). As the name suggests, it is a measure of the degree to which a nation can produce a range of goods varying in complexity from shovelling bauxite onto a boat to building and selling super computers.

Now, if we dived into the intricacies of the ECI, we probably wouldn’t surface for days but the authors do make one key point we cannot afford to ignore; the ECI has the capacity to predict some 75 per cent of the wealth of a nation. Basically, a poor nation with a high ECI is predicted to grow rapidly while a rich nation with a low ECI is predicted to fall behind the global average and become relatively poorer.

Where does Australia stand?

Australia is a rich nation with a low ECI. Based on our economy in 2008, our ECI was negative 0.321, coming in as 79th on a table of 128 countries, and still falling. We fell behind Singapore, New Zealand and the Philippines, among others, so according to this statistic, we are the regional laggard! And if you map our progress from 1987 to 2008, we have gone from positive 0.47 to probably under negative 0.3 in 2012.

So, what is to be made of this data?

Without oversimplifying this complex index, it can be interpreted that over the longer term, without a change in our trajectory, Australia’s GDP could decline by up to two orders of magnitude. Indeed, we could truly be at the pinnacle of our success and Paul Keating may have been prophetic in the 1990s when he stated, “This is as good as it gets”.

If we still don’t have your attention, here’s an interesting fact for you.

When releasing the ECI back in 2008, Hausman and associates noted, “the least complex countries in Western Europe are Portugal (35) and Greece (53), two countries whose high income cannot be explained by either their complexity or their natural resource wealth”. Need we say more?

What should Australia do from here?

How do we respond to these findings as a nation?

Well, we could simply try and discredit the work and move on. Alternatively, we could learn from it and act. Reversing the decline in Australia’s ECI may strengthen our economy and thereby increase our economic resilience while we still have the “protection” of a strong resources sector.

Dr Stuart Hazell is a Company Director with a background in business, innovation, education and research and development while Damian Hine is Associate Professor in Innovation and Commercialisation at UQ Business School, University of Queensland.