Have you ever heard of a ‘flash protest’? It’s similar to a ‘flash mob,’ where a group engages in seemingly spontaneous but actually synchronised behaviour.

The concept has been attributed to Bill Wasik, an editor at Harper’s Magazine, initially as a kind of street performance. Popular examples of the ‘flash mob’ concept involve getting dozens of people to perch on a ledge stone in Central Park (all making bird noises), a ‘zombie walk’ in San Francisco and an incident where over 100 people ‘froze’ perfectly still in New York’s Grand Central Station for one minute.

But it can also be used for political purposes. Let me give you an example…

Not so long ago, a small group of Belorussian citizens decided to stage a protest against the autocratic President of Belarus, Alexander Lukashenko. The country had cut loose from the USSR after the collapse of European Communism. While many former Soviet states embraced the democratic process, Belarus retained a state-run economy and a President reluctant to give up his own brand of unchecked power.

So, what would you do if you were part of a small group eager to bring about political change in a state-run country like Belarus?

Option A: Stage an angry protest, with placards and organised chanting, where you would most probably be arrested during the planning phase, before even the first slogan could be shouted.

Option B: Stage a ‘flash mob’ by inviting participants through email and SMS to ‘spontaneously’ show up at a public location and join other disenfranchised citizens in the act of eating… wait for it… ice-cream!

The second option is exactly what happened in Belarus in May 2007, soon followed by a mass ‘reading’ protest, and later a mass ‘smiling’ protest. The two main benefits are obvious: 1) The plan cannot be ‘thwarted’ by the establishment due to the viral and instantaneous nature of new communication technologies; and, 2) It’s hard to arrest someone for eating ice-cream, reading or smiling without attracting international condemnation.

Of course, there’s also nothing more liberating (and nothing more politically destabilising to an autocratic state) than the public’s realisation that other’s are equally dissatisfied with the status quo.

Back to Commercial Ready…

According to the AFR, on 19 May 2008, at least 220 aspiring technology entrepreneurs were caught in the surprise axing of the four-year $700 million Commercial Ready program in the federal budget.

For a full grants overview (the good, the bad and the ugly), click here.

These people had spent hundreds of thousands of dollars collectively on their applications, and were offered little more than a letter explaining what other funding programs they might be eligible for.

However, according to many industry pundits, the closure of this program also has significant longer-term implications for innovation in Australia.

As reported by Slattery’s Watch, Ian Birks, CEO of AIIA, recently stated: “SME innovation and growth is a critical component of Australia’s aspirations in the information economy… and we cannot afford to fall behind in these areas.” While TVP General Partner Mike Zimmerman commented that he believes the death of Commercial Ready “will be an enormous blow to SMEs in the ICT sector… Many of the industry’s successful start-ups (and their investors) had seen the CR grant as THE critical government program supporting innovation.”

And from Perth-based venture capital investor Matt Callahan, published in the AFR: “Wow – that is probably the biggest damaging stake into the start-up companies’ heart I have ever heard of. I am stunned.”

So, what’s the plan?

Step #1: Add your comments below. Is there a genuine complaint to be made? If so, where should this complaint be directed? Your feelings, thoughts, opinions and suggestions will shape our actions.

Step #2: Join us in the first stage of a ‘flash protest’. You won’t be required to go anywhere or do anything complicated – just make a phone call when prompted by SMS.

To leave your mobile number and join the ‘flash protest’, click here. (Of course, we won’t pass on your private details to anyone else. This is all about activism! The power’s in your hands.)

Step #3: Forward this blog post to everyone you know who will be detrimentally affected by the scrapping of Commercial Ready (and anyone you know who is likely to feel strongly about the impact it’s closure will have on Australian innovation).

Step #4: Wait. Over the next five days, we’ll form a plan based on your comments and suggestions and the volume of responses we receive, and then alert you via SMS (see Step #2).

Here’s our ‘out’ clause…

If this ‘call-to-action’ fails to generate a significant response, we’ll drop the cause and move on. If the Federal Government introduces changes that will circumvent the complaints, we’ll again move on. And lastly, if this begins to get beyond us (we’re a small team at Anthill), we might need to review our position (and get back to work, so the next issue comes out).

Whatever the outcome, we’ll keep you posted, as we’re sure that whatever path we take, the outcome will present an interesting story on the rise of social networking technologies and ‘digital activism’.

What next? Get active, Anthillians.

Leave any comments or remarks you might have below. 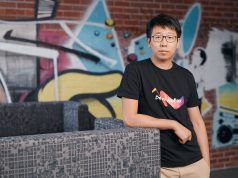