Unless you’re a nerdy boffin whose speciality is mid-noughties mobile companies, you may not have heard of Javaground.

But if new Australian business Codengo has its way, you’ll be hearing plenty about the mobile games porting platform soon enough.

Back in the day (well, mid-last decade, which is the mobile equivalent of BC times) Javaground was *the* leading provider of mobile app development tools. The company’s client list included Sony Online Entertainment, Capcom, Namco and Indiagames. Plus, it has its very own page on Wikipedia. So there.

Like many mobile companies that thrived pre-iPhone, Javaground struggled to gain traction during the initial rise and rise of smartphones. After taking on a loan, then defaulting on said loan, the Javaground platform found itself gathering dust on the shelves at mobile software leader Myriad Group.

Until Chris Jones spotted its potential, that is.

“I did some business development work for Javaground and was impressed by the capabilities of their platform,” Jones, previously a marketer for big brands such as Adidas, Mattel and Virgin Mobile, said.

“The business wasn’t primarily focused on selling the platform and I believed that there was untapped value there.”

What followed was more than 12 months of research and due diligence.

Codengo founding chairman Matthew Griffiths, said: “[We] came away convinced that this platform offers a range of benefits for developers that no one else in the market is offering.”

“Porting for games is the most complex of the porting challenges in mobile and now Codengo will be one of the best in the world at addressing this challenge.”

By Jones’ and Griffiths’ own admission, the Javaground platform’s in need of a spruce-up to “make it great again”. However, even after years on the bench, the powerful piece of kit supports over 3000 handsets – a key differentiator when many competitors are focused solely on Android and iPhone.

The Javaground platform’s based on, you guessed it, java. According to Jones and Griffiths, this is essentially the same language Android uses, which means both porting and debugging will be faster than with competing platforms.

“The input language being ‘Android’ will make it very easy for developers to use our platform,” Jones said.

“In addition we will offer developers a range of services that extend beyond what anyone else in the market is doing.”

That’s right; Codengo has a whole raft of planned services for games developers to get their mitts on. With the new and improved Javaground platform’s alpha release imminent, and its beta release expected before the year is out, Codengo has grand plans to build a community of developers to drive future development.

“In the short-run we want to get developers using the platform, building quality games and providing us feedback to improve the games development experience,” Jones said.

“In the long run we want to give developers the tools to build, distribute, market and manage their businesses more effectively.”

“We want to be the Salesforce.com for mobile game developers.”

In addition to that warm, fuzzy feeling you get from being part of a community, developers nestled in the Codengo bosom will also enjoy serious savings. We’re talking between 30-50 per cent for building across two platforms. Plus you’ll only have to write the game once and debugging will take place on a universal emulator – all of which equals more time for you to do whatever it is you do when you’re not elbow deep in code.

Codengo’s take on the current state of the mobile market

Anyone mildly interested in the mobile market will know that the oft-cited issue of fragmentation gets pundits all a-lather. Codengo’s take is slightly different.

“We believe that Android is a wonderful platform for developers that will continue to grow and improve,” Jones said.

“We don’t hold an opinion in regards to the fragmentation inherent in the platform as it’s a feature that, at its core, permits us as consumers to enjoy the wide array of handset options that we have today.”

And even as Android sales rocket, Codengo knows it’s far from a one-horse race. There’s the other smartphone players (Apple, anyone?) plus don’t forget the people with feature phones – they like playing games too, you know. (They probably also like watching Steel Magnolias on their Betamax, but far be it for us to judge…)

“The platform wars are far from settled so developers looking to maximise the reach of their apps need to begin evaluating cross-platform solutions to leverage the cost and time savings platforms like Codengo can offer,” Jones forecast.

“We believe mobile apps and games will continue to grow and that having a mobile app and m-site will be as common as having a wired website.” 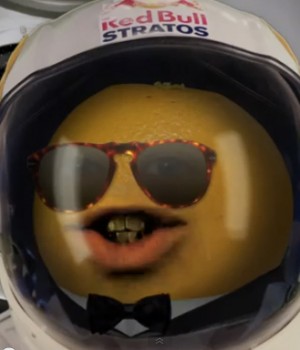