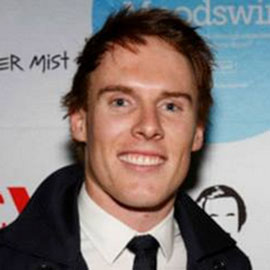 People still seem to be lovin’ social networking. Moodswing, an app that urges people to wear their moods on their sleeves, or rather hang them out on social media, is growing faster than Facebook or Twitter at launch, according to co-founder Jake McKeon.

In the first quarter after launch, Facebook had 100,000 users, Twitter had only 20 more members than the number of characters it allows in its tweets, McKeon says. In comparison, Moodswing – available right now only as an iPhone app – claims nearly 60,000 members in three weeks.

‘A social network to tell others how you feel’

McKeon throws a few other numbers as well to make the point that “people are always searching for something new,” not to mention a demand for social networking that lets people share their moods.

Moodswing has recorded over one million unique sessions, which averages to 20 distinct actions per use and at least one per day. This, McKeon believes, “shows we have a high level of user activity.”

McKeon says Moodswing “blends all three of these platforms and brings a fresh new interface and functionality.” It also offers similar elements to a game, where users unlock new moods and features in the form of badges, as they progress through using our platform, he adds.

Moodswing sets good benchmarks for usability and engagement. It taps, at the outset itself, features such as the # and @ symbols that have evolved with the growth of social media. Users can post a smiley or frownie to depict their moods – “a function avid social media users have been requesting for years,” according to McKeon. Moodswing offers a range of over 400 unique options to depict moods, besides allowing users to create their own.

“Moodswing is an empathy-based social network, it was a must that we gave users the ability to respond to mood swings with support or comfort. Users can also use Moodswing as a mood diary and also check up on how whether they’re generally positive, negative or something else,” he adds.

McKeon says he is not looking to create another Facebook but merely complement it. He hopes Moodswing will emerge as a “platform that will become an integral part of young people’s everyday lives.” Moodswing easily integrates with Facebook and Twitter, among others, allowing users to avoid the need for double posting.