Five young entrepreneurs walk into a room. None of them have ever met before. They have 24 hours to brainstorm, design, program and implement a unique web application or business – and then introduce it to the world.

It’s no joke. It’s the formula that defined the latest StartupCamp event which unfolded in Sydney the weekend of 8-10 October. Not much sleep was had over the weekend, but in the end each group’s perseverance paid off: the ten participating teams now represent ten brand new businesses.

The camp was hosted by two startup specialists, Bart Jellema of Startup Australia and Patrick Driessen of Seed Accelerator. Kicking off at 6PM Friday, it was the fourth Australian StartupCamp and, with fifty participants, the largest event yet.

“The commitment and energy of these young people is truly amazing,” said Mr. Jellema. “They worked through the night and were still excited and working in the morning.”

The teams started their projects from scratch: idea creation exercises, idea presentations and negotiations within the teams to decide which new idea each team would select.

By 11 o’clock, all teams had to settle on a single business idea and start developing and designing their new website and application, while shaping the business model. A wide range of draft presentations and exercises followed in which Jellema and Driessen guided the teams in improving their business models and designs.

Less than 24 hours later, the coding for each web venture finished up and the teams showed off the fruits of their sleep-deprived labour at the launch party.

So what are Sydney’s brightest young business minds capable of producing in such a short time? Here’s a look at a few of the sites they created.

“Ever had a date you thought went well, only not to get a call back? Not knowing what you’re doing ‘wrong’ can be a frustrating experience, because it feels so unmanageable,” said team member Helen H. These frustrations inspired her group to create daterate.com.au, an application that allows for honest, constructive and anonymous feedback from dates.

Users need only set up profile pages for themselves, which can be linked to their profiles on other dating and social network sites. After the date wraps up, each person can grade the other according to a set of criteria, including ‘Overall impression’, ‘Resemblance to photo’, ‘Kissing skill’ and ‘Would date again’.

The app guarantees identity protection by aggregating the data and revealing feedback after a set number of dates. “The whole process takes your date one to two minutes and they are then compensated through choices of cool and fun promotions offered by our partners,” says the team.

Registered users can also find ratings by other DateRate members to get a feel for how they come off to others, and for whether they might want to date that person too. In the sphere of social media, all is fair in love and anonymity.

DealPinch: “Stealing the deals so you don’t have to.”

What it does: DealPinch aggregates the best daily deal and discount sites in your area and sends deals to your inbox.

Sydney is awash in deal sites, including Cudo, JumpOnIt, Scoopon and Spreets, that send out weekly email alerts to customers. Since keeping up with all the deals can become an arduous task, DealPinch is designed to sort through all the deals and pick out the discounts most relevant to users, according to their selected categories of interest.

“I want to see some great deals for us manly men,” Clarke said. “However, at times I also want services more suitable for my girlfriend and there is currently nothing on the market that allows me to tailor my preferences.”

DealPinch “brings transparency and convenience to retail customers of deal sites,” said Mr. Driessen of Seed Accelerator, as well as “a new marketing opportunity for the operators of these sites.” He added his endorsement: “I am really excited about DealPinch for a number of reasons and I think it has the potential to change the game in this market.”

Entrepreneur Seth Priebatsch says, “School is a game, it’s just not a terribly well-designed game.” The team behind GradeGa.me took this attitude as the  purpose behind their app: to make academic competition fun again.

With GradeGa.me, students upload and rank their transcripts against their peers and compete with friends. The team believes that by tapping into their competitive nature, students will heighten their efforts.

“A student who is already achieving at a high level has very little incentive to push themselves for additional marks under the current system,” said team member Sean Marshall. “By showing them that by scoring two additional marks they can improve their ranking within the course, students have that reason to try a little bit harder.”

GradeGa.me is currently available to UTS students and will expand to other universities. More than merely setting off grade wars, Marshall and company are planning further development “to allow students to earn badges and awards, view leader boards and build a profile of their academic and non-academic achievements while at university.”

The profiles students create will then be used to create a recruitment portfolio for their resumes, and to qualify students to tutor their peers in subjects in which they have received high marks. Sounds like serious work – but remember: it isn’t really work when you’re having fun.

iapps4.me: Ever had a great app idea? Now you can voice it

Think of it as a meta-application: an app for app users who can’t find the apps they need – because those apps are non-existent. In the group’s own words, iapps4.me “empowers iPhone application users to collectively incentivise the development of their app ideas.”

Anyone can submit their idea for a new app to the public forum. In turn, that idea can be voted on or developed further by other users.

As StartupCamp organiser Bart Jellema remarked, “When you talk about things more than three times, you should start doing it and not just talk about it.”

Some of the early suggestions have been practical: one user proposed an app for locating buses that are running late. Other ideas are refreshingly absurd, like the app that would let users play around with the voice recordings of people that drive them crazy (such as a boss) for a good laugh.

How or whether these ideas will become reality is yet to be seen. The team is confident that potential app developers will find incentive in iapps4.me for creating a new product – “not only an idea but a market of consumers with the intent to use what they develop, therefore taking care of R&D and marketing.”

What’s next, according to the team: “As technology continues to develop rapidly, apps allow many users to keep up with the fast pace of our modern society. This will be another stepping stone to bridge the gap between ideas and realisation. Encouraging the public to dream and think creatively and feel great when their idea comes to life.”

PolyCloset: showing off your wardrobe online

Some applications are self-contained products, while others stand out by making already existing sites even better to use. PolyCloset falls into the latter category: it lets users digitise their own wardrobes for use on the popular mix-and-match fashion site, Polyvore.com.

Women can upload photos of their clothes, shoes and accessories and store them in a ‘virtual closet’. Each clothing item can then be imported into their Polyvore collection.

With PolyCloset – which is neither affiliated with nor endorsed by Polyvore – users will be able to “style, tag, save and wear outfits created in Polyvore and even check out how their new dress looks with a potential purchase from an online retail store.”

“It’s a no-brainer for fashion conscious women,” said Nikki Durkin, the young CEO of 99dresses.com who also took part in the PolyCloset startup. “You can reduce the time you spend creating outfits every morning and even get other fashionable Polyvore members to style you using clothes from your own wardrobe.”

Does this mean guys won’t be kept waiting so long by their dates anymore? Don’t get too carried away now, ladies.

TrendingLimit: examines the best of the web, ignores the rest

The solution is a unique filtering process involving field experts to produce only the most relevant results for a given topic. According to the team, this method “ensures quality and removes problems associated with crowdsourcing.”

“Plenty of other applications examine every bit of information available on the net, which includes plenty of sites that just aren’t informative,” said Benjamin Boyter, the leading software architect behind the project. “We realised, why not just look at the really high quality sites, so that we get the most meaningful and relevant results possible?”

The company’s services are currently available through inquiry.

“Rather than overwhelming users with copious amounts of data, we focus on delivering quality results to our users,” said Matt, customer service manager at TrendingLimit. “Our unique processes give us the chance to provide some really interesting and targeted brand intelligence to our customers, which is a win for all involved.”

Call it a trendsetter for trend-searching – born from what is sure to be a trendsetting boot camp for startups. 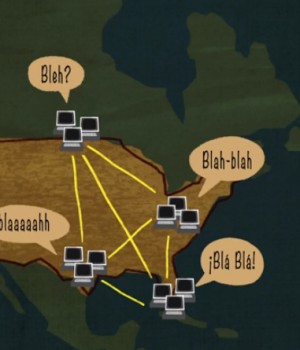