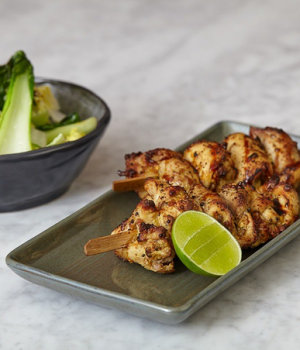 Chef Good, a new start-up aiming to revolutionise both individual health and the school food system via healthy meal delivery, recently launched after raising $100,000 pre-launch from an angel investor found through Facebook.

Chef Good is a healthy and fresh restaurant-quality, portion controlled, meal delivery service aimed at helping the every-day busy person live a healthy, nutritious life. It is also very determined to fill its menus only fresh, local and seasonal produce.

The start-up is off to a great start; it has already scored a partnership with Camp Australia as well as hospital a number of extremely large school and hospital contracts across the country.

What is the story behind Chef Good?

Founder Jonathan Hill, who is originally from the small town of Lymington in England, says when his friends were discovering girls and playing video games, he was watching his father build wealth through business.

When he passed away suddenly in 2008, Jonathan’s passion for business and success was ignited. He left his comfortable recruitment job and jumped on a plane to Australia determined to start something new, and something new he did start: an eco-friendly fashion company, Branched.

Branched went on to grow at a whopping 300 per cent year on year and has been featured in some of the most recognizable national publications, including GQ and Vogue and its products are stocked in 180 stores throughout Australia.

With Branched successfully running, Jonathan began yearning for the excitement of starting a new business. He realised how important good food and time were for his entrepreneurial lifestyle, mainly, he says, due to his father passing away due to eating poorly. The concept of Chef Good began.

“I also found that I was spending so much time thinking, shopping and preparing meals and thought of how much time could be saved by outsourcing this,” he said.

“Additionally I saw that the eating habits of kids were worsening and I wanted to counteract these habits with something positive.”

Michelle Sievwright opened Lafayette Fine Foods in Brighton in 1993 with Susan McKay who was a chef for more than 30 years, she worked in San Francisco and several three hat awarded restaurants in Melbourne.

Michelle and Susan were among the pioneers in restaurant quality, but home-style take-home food, and were often the take-home benchmark for major retailers trying to crack this very tricky market.

Lafayette continues to go from strength to strength, is an integral part of the Brighton social landscape, and continues to be ranked as one of the best Melbourne food stores.

“I saw a generational change in the way people were planning and purchasing their meals,” Michelle told Anthill about her inspiration for Chef Good.

“Meal planning is a skill, one that is probably most seriously honed when children come along, so there was this huge market out there of 20s and 30s childless singles/couples who were attracted to the notion of outsourcing their meals,” she explained.

“This is also a generation that is very food and nutritionally savvy, so any offer had to tick boxes in terms of food style and nutrition. The food also had to be affordable,” she added. “There was a gaping hole in the market here.”

“Light n’ Easy is affordable, but its food offer was quite “suburban”, while other niche players were prohibitively expensive,” Michelle stated.

She and Susan were always attracted to the notion of providing this service, but knew they needed a partner to drive it. “Jon was the perfect fit for us, he was our target demographic and was very driven.”

“He had a proven track record with establishing an online brand,” Michelle said.

“Sales, marketing and business development could be left in his hands, while we concentrated on doing what we do best – food. I love the generational contrast within the business dynamic.”

Chef Good is also keen to stand out by adding a sense of fun to its brand and nutrition in general. “Healthy eating shouldn’t be like walking into a dietician’s office!” I agree!