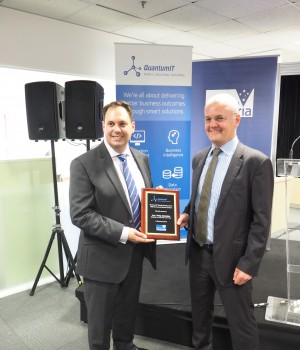 When you think about innovation, international brands spring to mind – AirBnB, Uber, Amazon, Kindle etc – however there are Australian businesses quietly and successfully innovating on the global stage.

One of those is QuantumIT, a thriving business which sells technology developed and built in Australia to customers around the world. Founded in 1992 in Melbourne, it now employs more than 100 people with offices in Sydney, the UK and USA.

QuantumIT’s flagship product is InPlace, a student work experience placement system developed for the tertiary education sector. InPlace has been used by more than 700,000 students from 30 universities worldwide.

In just five years InPlace has been adopted by almost half of Australia’s universities and in the UK, since product launch in 2011, InPlace is already the dominant product in that market as well.

What is the secret behind QuantumIT’s success?

“We spend about a quarter of our revenue on research and development and have entirely self-funded the business. We’ve taken a couple of hits along the way. Ideas are a dime a dozen – the hard part is making them work.”

“We have a full time role in the business dedicated to looking for technology advances that we can incorporate into business systems for our customers.

“Our customer located teams bring the same enthusiasm and passion to external projects developing valuable IP for our customers such as Sensis, Telstra and Motorola.

“We’re always up for the challenge of trying something new,” he said, pointing to the example of the company’s development of an online multi-player survival game called HurtWorld.

“We have a team of awesome developers and artists creating an extraordinary internet game. This seems an odd sideline for a company like ours and I guess it is. I invest in passion.

“One of our developers had the passion to want to build an amazing game, he showed us his capability during eighteen months working in our InPlace team, and we set the project up 16 months ago.

“Some of the technology they use in the game world could revolutionise business systems, and our systems development model I’m sure has contributed to the productivity of the gamers.

“We haven’t seen any significant crossover of functional designs yet, but I would like to think it could happen one day. They do some extraordinary things with software in the games world.

Expanding into hospitals too

Another illustration of QuantumIT’s willingnesss to embrace risk can be seen in its development of an employer-side work placement solution to complement InPlace.

After identifying the opportunity three years ago, they built the system entirely speculatively without a customer. During 2015 it was piloted in six hospitals for Healthscope which announced in November that they would be rolling it out nationally across their 47 hospital network.

The local and global opportunities for the system are significant with every state in Australia trying to organise a more efficient model around education of health professionals.

The company growth has necessitated a recent move into a new headquarters in Drummond St, Carlton, which were opened on 7 December 2015 by Victorian Minister for Small Business, Trade and Innovation Hon. Philip Dalidakis.

Mr Dalidakis said, “Quantum IT is a classic home-grown success story that proves with the right foundations and support, startups and small businesses can do great things.”

“With offices now operating across three continents, Quantum’s investment to expand their workforce here in Melbourne is a big vote of confidence for Victoria’s high-skill workforce and our reputation as Australia’s tech hub.” 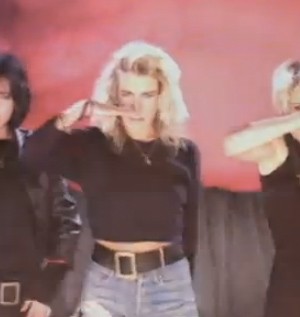