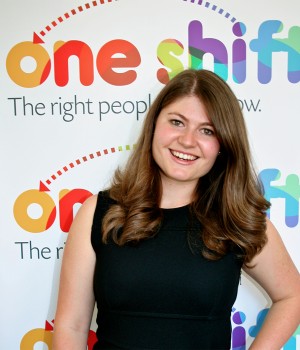 The jobs board and online community for jobseekers over the age of 45, will continue to remain a free service for mature age Australians looking to re-enter the workforce.

What is the state of Australia’s mature age work force?

Australians aged 55 and over in the labour market have increased from 25 per cent to 34 per cent over the past 30 years, with most of the increase occurring in the past decade, according to figures from the Australian Bureau of Statistics (ABS).

Furthermore, a recent study by the National Seniors Productive Ageing Centre (NSPAC) revealed that Australia’s population aged 65 years and over is projected to increase from about 14 per cent in 2012 to over 20 per cent in 2042 and 25 per cent in 2062. Over the initial 30-year period, the proportion of people over 65 in the labour supply will increase.

A work force that can no longer be ignored

CEO and founder of OneShift, Gen George (pictured above) said it was time that businesses and recruiters paid more attention to the mature age labour force market.

“As a result of Australia’s ageing population, the participation of mature age people in the labour force has become a key issue in policy discussions,” she remarked.

“The 45 and above age bracket is forecasted to be the fastest growing labour market segment in Australia over the next decade — a fact that businesses and recruiters can no longer afford to ignore,” she pointed out.

Gen said they have been receiving feedback from businesses who use OneShift seeking more mature age workers because of the experience and mentorship they bring to a team.

Coupled with the desire for mature age workers looking to ease back into the job market, she is confident that OneShift is now in a strong position to provide opportunities for this rapidly growing, yet often neglected market.

A union of two market leaders

Gen also hailed the owner and team at Adage saying they have done a fantastic job over a number of years educating employers on the benefits of hiring mature staff and providing a dedicated service for thousands of mature Australians seeking to find suitable employment.

“We think bringing together two market leaders in their respective categories is a win-win for jobseekers and businesses. We’re excited to grow our footprint in the mature market.”

Heidi Holmes, owner and CEO of Adage, said OneShift’s growth trajectory and unique job matching technology made it an attractive and natural fit for the business.

“After consistent and steady growth at Adage over the last few years, we felt the Adage network could benefit greatly from the resources on offer through OneShift.”

“I strongly believe that this acquisition will not only result in more positive employment outcomes for mature workers and employers but also raise the profile of the mature worker as one which should be embraced rather than ignored.”

Since launching just over two years ago, OneShift has grown tremendously attracting more than 412,000 job seekers and 35,708 businesses to the service; securing $5 million in investment, and launching in New Zealand last year.