What we wouldn’t give to be a fly on the wall at OK Go’s music video brainstorming sessions.

Since the Chicago-based band’s 2006 tune ‘Here It Goes Again’ blazed up the YouTube charts (it’s currently the 29th most-viewed music video on the site) the group has become the alternative rock darlings of the interwebs.

In late-2010 — after OK Go’s dogtastic single ‘White Knuckles’ was viewed over one million times in just 24 hours — frontman Damian Kulash told NME: “We make our videos like we make our songs, so there are plenty of threads of stuff floating around. You’re just not always sure if it’s going to turn into something yet.”

But what’s all this got to do with business? We believe there’s a lot entrepreneurs and innovators could learn from OK Go’s commercial genius. While we’re not suggesting you don spandex or rock out with Chihuahuas (though nor would be stop you), it shows magic happens when you don’t keep your creativity on too short a leash.

Exhibit A: OK Go’s ‘Last Leaf’. The video consists of 2430 laser-etched pieces of bread. The photos, pieced together in stop-motion, show autumn nights, guitar forests, and animals pushing a baby carriage off a cliff. As you do.

While it’s definitely more low-key than some of the band’s recent efforts — like ‘This Too Shall Pass’s with its warehouse-sized Rube Goldberg machine and the aforementioned pooch parade that is ‘White Knuckles’ – it’s got the usual OK Go charm is spades. 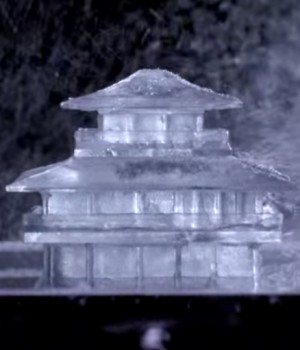 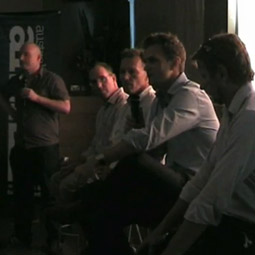