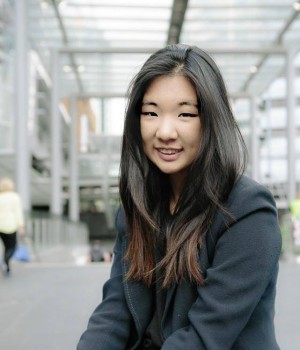 Anticipating the advent of the Asian Century, Austern International‘s aim is to bridge the gap between the East and West. The company does this by holding a three week travel experiential learning programs that allows students to connect with local mentors, hang out with like-minded students and participate in activities such as pitching, networking, strategic problem solving and volunteering at charity events.

Austern International’s stated mission:  to create life-changing opportunities so that Australia’s young people have an opportunity to build thriving businesses that will serve as a bridge between Asia and Australia.

If that were not impressive (and ambitious) enough as it is, all the more striking is the fact that Austern International was founded by Lily Wu along with Co-Founder Jamie Lee, just last year, when Lily was just 19.

Lily, now 21, recently told Anthill Online, “Having founded Austern at 19, I didn’t let age or inexperience hold me back. I am a risk taker and I love rising to the challenge. I’ve found that the most memorable experiences come from making mistakes and greater opportunities can arise because of them. After all, they also make great stories. I’m entrepreneurial because I’m not afraid of failure.”

“All I had in my bank account were a few hundred dollars which I used to set up a business name and a website domain. After 8 months, we have generated over $167,000 in revenue and a third in profit,” added Lily.

Now, Anthill is pleased to announce Lily Wu and Jamie, 2015 30under30 winners.

‘The future is something which everyone reaches at the rate of sixty minutes an hour, whatever he does, whoever he is.’  ~ C.S Lewis.

USE THE TWEET BUTTON AT THE TOP OF THIS PAGE. YOUR TWEET WILL SAY: CONGRATULATIONS LILY WU AND JAMIE LEE, ANTHILL 2015 30UNDER30 WINNERS!