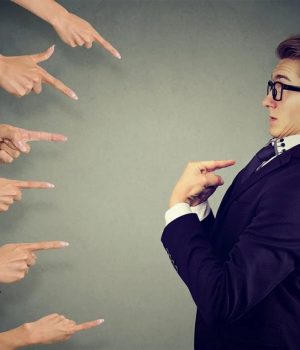 And with a career spanning two decades’ in leadership roles at the Royal Australian Air Force (RAAF) before dedicating his life to consulting and writing about leadership best practice, he’s seen it many times before.

We’re not just talking about the need for a positive culture and bringing the best out in people. We’re talking about vital aspects of leadership that Steve says are frequently overlooked.

Perhaps it’s a fellow director who thinks they’re Mr Big Shot with an ego driven ‘my way or the highway’ approach… or worse yet, what if your team’s negative tea-room chatter is actually about you?

Steve says people think they’re good leaders (or that they’re just ‘so misunderstood!’) yet their staff turnover is high, their productivity is low, people struggle to support and implement strategies, teams are segregated and input is withheld.

“Does communication between you and your team genuinely flow? Or are people intimidated to provide input or feedback; or do they avoid it altogether?”

“These are some indicators of unproductive leadership, which leads more broadly to unproductive cultural habits,” Steve explains.

“When our habits are unproductive, the people influenced by them will form their own unproductive habits to survive in that environment.”

“This stifles innovation, productivity and commitment.” But alas, Steve says the solution is right under your nose. To change habits, you must change what people think.

“To do this, you must be conscious of what you are thinking, because what you think determines what actions you take, and those actions will influence what others think.”

“One can have the title and all the authority that comes with it, however it is the people, and the people only, who decide whether or not you are their leader.”

“When you walk the walk and value others, they in turn will value you.”

“So many people who seek mentoring from me do so because they have aspirations of leadership and like to know what they need to do in order to become better leaders.”

“My answer is always the same. It is more about who you need to be than what you need to do. If you want to become a CEO, be CEO-like.”

Leaders need to think and behave positively and all will prosper?

Well, you’re on the right track and this is where Steve’s aviation experience provides the smoking gun for truly effective leadership.

From his experience in the RAAF where he taught leadership, Steve has created 15 Disciplines that focus on developing disciplined thoughts that result in disciplined actions.

Each discipline has a checklist, which he says if you refer to frequently, “your actions will develop into highly productive leadership habits”. And yes, he did just say the C word: ‘checklist’. Which Steve assures aren’t just another ol’ group of checklists.

They simplify performing complex responsibilities by “supporting the development of disciplined practise and behaviours and minimising the possibility of human error”.

The result is consistently productive habits and reliably better outcomes.

“Pilots have checklists for all stages of a flight.”

“Like pilots, productive leaders develop the self-discipline to use checklists because they prefer to live with the discomfort of discipline over the discomfort of regret i.e. wishing they had implemented something sooner or adapting to feedback more rapidly.”

“By having a set of checkilists, you can reflect on your leadership practises and behaviour, so that you are consciously competent in your relationship with yourself and others.”

“Just like checklists in aviation, I believe there are disciplines people can implement that leads to highly productive leadership habits.”

In his latest book Ethics Trump Power, Steve expands on the disciplines from his first book, The 15 Disciplines – The Essential Checklist for Productive Leaders and provides learning points for leaders to routinely reflect against their behaviours and practises to enable positive, productive leadership.

“Leadership is complex. To be consistent, one needs to be disciplined. Specific learning points and checklists simplify the process of performing complex responsibilities driven by controlled thought and action, not punishment or power.”