How come VC funding is slowing despite the rise of Aussie start-ups and entrepreneurs? -
Sunday, September 19, 2021 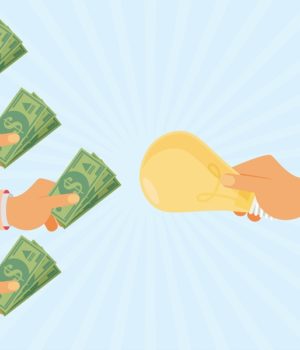 With the rise of Aussie start-ups (712 new startups started operating in 2018 in Australia alone) and a growing entrepreneurial culture trending in Australia with the popularity of conferences like StartCon, SouthStart, Spark Festival and LAUNCH Festival, it’s a surprise that The Department of Industry, Innovation and Science’s FY18 Early Stage Venture Capital Limited Partnerships (ESVCLP) report has shown a decline in growth rates of new investments made by venture capital funds across Australia.

According to the report, the four most active fund managers in Australia (AirTree, Follow [the] Seed, RightClick Capital and BlackBird) are responsible for 32% of total new investments made in FY18 (when excluding funds that are already past their investment horizon and accelerators which by nature invest in more companies but substantially smaller capital).

In fact, only 7% of individual funds have made more than 10 investments, 20% invested in 6-10 start-ups and 73% invested in less than 5 start-ups or didn’t invest at all:

Looking at the total capital invested seems promising at a first glance with a total of $223.1M capital invested in FY18 (making it the best year so far). However, when comparing it against the growth rate, it shows a steep decline in comparison to previous years, slowing down by a factor of 5.5x.

In the 2018 financial year, Follow [the] Seed made 13 individual new investments to bring their total investments for startups up to 19.

Why is Aussie VC funding slowing down?

Andrey Shirben, founding partner at Follow[the]Seed (the most active ESVCLP fund in Australia), claims that this all has to do with risk aversion and that only a shift in mindset can bring meaningful change to this ecosystem.

“There are only a handful of funds in Australia that are walking the walk. When a fund doesn’t make any investments or makes very few of them, it means it either doesn’t have sufficient funds or that it is not willing to take the risk, which defeats the purpose of starting an ESVCLP, to begin with. It’s a risky business, and the way I see it, if you don’t fail with most of your investments, you simply didn’t take enough risk.” Shirben says.

“Australia has a very low reported VC per capita (less than half of the OECD average), and when filtering out the VCLP’s (which mostly correlate with PE – Private Equity and not with VC), it gets even lower. For the sake of example, Australian VC per capita is somewhere between $15 & $30 (depends on whether you include the VCLP’s in the count or not), while Sweden has $122, UK – $114, France – $60 and Germany – $60.”

“It all boils down to the conservative investment approach that is so inherited in this country. I think the ESVCLP is a great program that helps shake some of the risk element off and encourage a shift in this paradigm. But if you’re there just for the tax benefits, you are not helping the innovation ecosystem at all. I sometimes feel like some people don’t really understand what the “V” stands for, in the “VC” and focus only on the ‘C’.”

There was a total of 22 funds who are not accelerators and are within their investment horizon who made 0 investments for the 2018 financial year. This shows that 36% of funds are not making any new investments.

70 of the investments made are ‘follow-ons’ and they account for almost a third of the deals. While this shows a great support system for the existing already funded startups, the issue is for the 49.2% of new startups that are trying to raise funding to scale their operations (according to the recent Startup Muster survey).

New start-ups that Follow [the] Seed helped grow in 2018 include: