KFit raises US$3.25 million in Sequoia-led round to make going to the gym much easier all over the Asia Pacific -
Wednesday, March 3, 2021 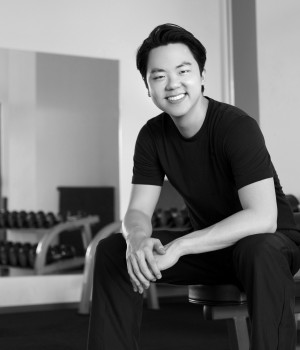 Fitness platform KFit has raised US$3.25 million in its latest funding round.

One of the fastest growing tech start-ups in Asia Pacific, KFit is already available in 13 markets across the region and is aiming to be in every major city in the region within the next 18 months.

The platform has already launched in Melbourne and Sydney, with more cities including Auckland, Seoul and Manila set to be added in the coming weeks.

The start-up, founded by Joel Neoh (pictured), one of the most accomplished and awarded young entrepreneurs and tech investors in the region, is using a business model that has been pioneered and proven in the U.S.

Rise of the planet of the ‘sharing economy’

The idea is simple, you pay a fixed subscription fee for access to multiple gyms and a wide variety of classes and activities to choose from.

Ultimately, this allows for greater access, flexibility and convenience for the user and also helps participating gyms, studios and other fitness providers attract new customers and fill class slots that would otherwise remain unused.

One of the most prominent examples of this model is US-based ClassPass, which raised a $40 million Series B round earlier this year and went on to acquire competitor FitMob.

The ‘sharing economy’ model is expected to grow from $15 billion today to $335 billion by 2025, and with its asset-light business model that allows it to expand rapidly with equitable capital investment, KFit has the potential to become a household name alongside the likes of Uber and Airbnb.

How has KFit been doing so far?

Since launching three months ago with seed funding from global investors, KFit has experienced rapid business growth, expanding its network of fitness studios and gyms in the region to more than 1,000 partners, and is able to facilitate more than 400,000 bookings per month.

This blazing start within weeks of launch and the huge ambition to cover the entire Asia Pacific by the end of next year have attracted the interest of leading global venture capitalists, including Sequoia Capital, which led the latest funding round.

Joel told us they are looking to raise double digit USD million for the next round.

KFit has not been the only player in the game though. Melbourne start-up Classhoper launched early this year with the same model and went on to merge with KFit almost two months ago.

Emma Hoffman, original founder of Classhopper and now KFit General Manager Marketing ANZ, told Anthill, “I realised very quickly that the marketing was becoming saturated with local competitors with similar business models. From where I stood, the most logical strategic decision was to join the market leader, and I haven’t looked back.”