An outline of the structure of a toxic protein could be the key to finding a treatment for Alzheimer’s disease, according to the CSIRO.

Alzheimer’s is the most widely known form of dementia that afflicts the elderly, but it’s also one of the fastest growing diseases in Australia. The number of Australians with dementia is expected to triple in the next 40 years, from 300,000 to over a million in 2050.

While Alzheimer’s remains incurable, a team of scientists has taken big steps to change that.

The team, led by Dr Jose Varghese at CSIRO, has focused its research on a destructive protein known as amyloid beta. The protein assembles itself in the brain and builds up plaque that is associated with the disease.

Understanding the enemy, as it were, is the first step to winning the war.

“Before we can understand the processes involved in the deterioration of the brain, we must determine the molecular shape of the damaging protein,” said Richard Head, Director of CSIRO’s Preventative Health Flagship.

That molecular structure is now coming to light, but it isn’t a new quest: the protein structure has been sought after for 25 years.

“Until now this has proved incredibly difficult because of the protein’s propensity to self-assemble and clump together,” Dr Varghese said.

The innovation behind the breakthrough

Dr Varghese and his team devised a way of capturing the protein in a crystal long enough to enable its analysis at the Australian Synchrotron through x-ray crystallography, solving one of a number of potential amyloid beta small aggregates that may play a role in the development of Alzheimer’s disease.

They succeeded in crystallising the plaque-causing part of the amyloid beta by fusing it to a shark antibody, which prevented the protein from clumping.

Dr Varghese, who also has taken an active role in developing anti-influenza drugs, said the protein structure gives “an insight into the early molecular processes that occur in Alzheimer’s disease,” and raises potential for developing a drug for treatment.

A description of the protein’s structure, and the novel approaches used by CSIRO scientists Dr Victor Streltsov and Dr Stewart Nuttall to reveal it, have been published in the latest edition of the Journal of Neurosciences. 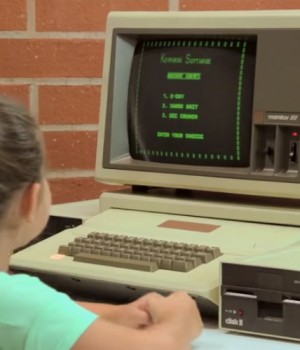