COVID-19 restrictions may ease but payments have moved online for good
Saturday, July 4, 2020 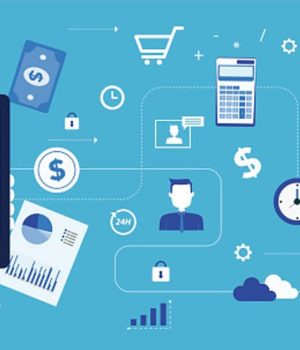 “Going outside is highly overrated” declares Ernest Cline’s novel Ready Player One. In this dystopian future, the real world is grim, and people spend most of their time at home in a parallel online world. This situation sounds familiar to many of us at the moment.

Naturally, the media has drawn many comparisons between the GFC in 2008 and the outbreak of the COVID-19 pandemic.

For the payments industry, the biggest difference is the fact that we have a virtual world to replace aspects of the real world in ways we did not at the height of the GFC in 2008. Because of this, payments companies like Monoova are still able to make money move online despite wide-ranging physical disruption.

The collapse of Lehman Brothers on 15 September 2008 triggered an implosion in global credit markets; aggregate spending fell, and unemployment and foreclosures rocketed which further intensified the credit crunch.

Governments around the world tried desperately to drive spending in the economy through fiscal stimulus and quantitative easing. Despite their efforts, transaction volumes declined and revenue in the payments industry contracted by 10% from 2008 to 2009. While the supply of goods and services was maintained, demand was supressed as consumers postponed or cancelled purchases.

Fast forward more than a decade: on 16 March 2020, the World Health Organisation (WHO) declares COVID-19 a global pandemic. That very same day, Victoria and Western Australia entered a state of emergency and thousands of Australians began hoarding toilet paper. There was plenty of demand, but people feared a dearth in supply as companies and factories went into hibernation. The inverted demand-supply dynamic is one fundamental difference between the two crises.

However, there is a second fundamental difference, one that holds more promise for the economy and the payments industry: digitisation. Today’s virtual economy offers a parallel pool of supply. In 2008, there was no equivalent parallel pool of demand.

When Lehman declared bankruptcy, about 22% of the world population had access to the internet, and that access was almost entirely computer based. It is hard to believe now but the first iPhone was only one year old. Compare this to today, when close to 60% of the world population has access to the internet and about half of this access is via a mobile device. Globally, the digital economy has grown by three billion people between the two crises.

The changes signified by these statistics are impressive. Even so, they understate the true expansion of digitisation over the period. Not only are more of us spending more time online, we are also more likely to consider digital first and physical second. Consider the success of streaming services over DVDs, for example, or the fact that the use of cash in Australia has nearly halved to 37% since the GFC.

In 2008, Skype was a new concept to us all, and WhatsApp, Microsoft Teams and Zoom had yet to see the light of day. Now, these services are critical to our ability to communicate and work.

Amidst the economic collapse caused by physical restrictions, this sprawling virtual economy has reached even further. Chinese e-commerce grew by 20% during the lockdown. In the early days of lockdown in Italy, the number was even higher at 81%.

With high-street shops closed and people quarantined in their homes, the virtual economy ensures an alternative channel for supply of everything from books and movies to education and medical advice. In many parts of the world, it has also been the only place for social gatherings and parties. Even lavish weddings in India have reportedly moved online. These virtual interactions keep industries alive that otherwise would be unable to supply their goods and services.

Naturally, this does not vaccinate the payments industry against the very real impact of the crisis. Huge swathes of the global economy are in free fall and the initial supply shock has caused a terrifying demand shock. Industries unable to move online are laying off staff who therefore have less to spend, which translates into less demand both offline and online. As a result of this, the payments industry might well contract in the short term.

In the medium to long term, however, the new online habits are likely to serve the payments industry very well for three reasons:

First, we expect an even faster decline in physical cash – a payment method almost always outside the remit of the payment industry.

Third, as the portion of online purchases increases, the dominance of credit cards is likely to be weakened. While convenient when shopping in store, credit cards do not have the same competitive advantage online compared to, say, virtual wallets. Besides, credit cards are often more expensive than competing methods such as the New Payments Platform (NPP) in Australia. This opens opportunities for smaller payments companies, creating a more vibrant industry than before the crisis.

Without the virtual economy, the payments industry would have had to wait for demand and supply to pick up again – just like it did in 2008. As it stands, however, the established virtual economy offers an arena in which payments companies generally are better equipped to service consumers.

Christian Westerlind Wigstrom - Apr 19, 2016
0
Need to raise capital for your new business venture? First, you need to understand how investors think! So, you wanto to acquire cappital? But, as...

Christian Westerlind Wigstrom - Nov 6, 2015
0
Finding the time to tackle everything is one of the greatest challenges faced by business owners. To help time-starved business owners work smarter and not harder, we spoke with Helen Ebdon. The director of Affirming Business and Executive Coaching, she’s a serial entrepreneur who started her first business at age 25. She’s built and run direct marketing and communications businesses and she’s also the creator of the Take 15 Program for business effectiveness.

Christian Westerlind Wigstrom - Jul 31, 2014
0
Xero recently held its annual meeting in Wellington, during which the company revealed some interesting details about its future. As has been widely suspected, the...