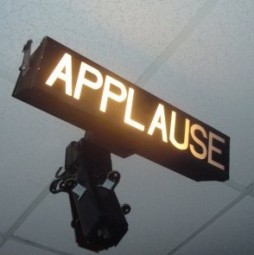 If you are looking to build an app in the near future, you want to pay close attention to this.

There has been so much limelight on high growth tech start-ups and apps recently. The combined value of recent top four app acquisitions alone is $29.6 billion (Whatsapp -$19 billion, Skype – $8.5 billion, Tumblr- $1.1 billion and Instagram- $1 billion).

Apple has paid over $20 billion dollars to the app developers from the sale of apps and in-app purchases in Appstore.

This is all great and exciting but it is critical not to ignore the other side of the coin. Creating a profitable app or a tech start-up is no easy feat. It requires commitment, focus, a well thought business plan, big enough market demand and pretty much everything that any other business success would require.

According to app marketing firm, App Promo, 60% of app developers don’t even make enough to break even the development costs.

Even worse, in the last years, three tech entrepreneurs in the U.S committed suicide because their ambitious project has failed and the fact has rocked the tech world. So, what are the top three reasons for failure and how can you reduce your risks before developing your next app?

Venture Capital Database CB Insights analyzed more than 100 post-mortem essays written by founders/investors of failed start-ups and found that 42 per cent of them cited a ‘lack of market need’ for their product as a reason for the failure.

Not everyone can pull of a Steve Jobs and forgo the market research.

You may have a great idea but there needs to be a big enough market for you to make a profit. The numbers need to work out. Instead of assuming there is enough market demand, ask the market and find out. Get a viable product as early as you can with the lowest investment possible. When it is good enough to show the users what you are trying to create, share it with a target test market and get their feedback.

After looking at 3,200 high growth tech start-ups, the Startup Genome R&D initiative found that most start-ups fail due to self-destruction by premature scaling.

This includes acquiring too many customers before the product is ready (robust and scalable) for fast growth, getting too big a team before having enough money to pay them, spending too much money on building nice to have features before nailing the basics.

With all the hype around, it is easy to get too excited about the idea of fast growth and do the wrong things. Be prudent. Be patient. Get user feedback as early and as often you can. Make sure you test your product for heavy load and usage based on your growth target.

Apps can be very expensive. Most professional Australian app companies charge between $50,000 and $500,000 to build a decent app and get it live. If not properly planned, your app may end up costing many times more than the initial budget and take you out of business.

Make sure you plan your app well and scope out the full requirements before contacting the app developers. Follow a lean start-up approach. Leverage offshore developers to keep the costs low.