This comes after a $50 million Series A in February 2014 and a massive $542 million Series B in October the same year, raised from Google, Kleiner Perkins Caufield & Byers, Andreessen Horowitz, Qualcomm Ventures, Legendary Entertainment and Obvious Ventures.

At the same time, Weta Workshop CEO and one of Magic Leap’s founding directors, Richard Taylor has lifted the lid on his company’s preeminent Magic Leap partnership. A seven-year affiliation with Rony that is now a growing interactive division within the Workshop, right in Wellington.

The artists, engineers, technicians, experience architects, storytellers and producers who make up this growing team are now engaged in helping to shape the creative vision of Mixed Reality: entertainment and computing’s next giant leap forward.

It is a work of science fiction, and it is happening right now, right in our own backyard.

How did Magic Leap and Weta Workshop meet?

Richard and Rony’s seven-year professional relationship and great friendship predates the Magic Leap platform by almost a year. The pair first met in June of 2009 when Rony sought out Richard and his Weta Workshop team to help realise a number of creative projects integral to the creation of Magic Leap.

They became fast friends and, in 2010, Rony asked Richard to become a founding director on Magic Leap’s board. In Richard, Rony saw a creative leader with over 27 years’ experience making imaginary worlds a reality. In Rony, Richard saw nothing short of the future.

Magic Leap is developing the next computing platform that will enable you to seamlessly combine and experience your digital and physical lives. It is headquartered in Dania Beach, Florida, with locations in Santa Cruz, Los Angeles, Mountain View, Seattle, Austin, the UK, New Zealand, and Israel.

“Magic Leap holds the keys to new worlds for storytellers and creatives to play in,” says Richard. “These are not born of print or film or TV, but rather, they are images and experiences, entertainment, education and information laid into our own reality. Our design team has fully embraced the possibilities of this new frontier.”

“The unique possibilities of Magic Leap’s Mixed Reality LightfieldTM have already sparked incredible creative evolutions within our company. The ability to design and create these new experiences is not just the future for entertainment; it has the potential to be the future of everything.”

How exactly are they working together?

Since joining the Magic Leap Board, Richard and his Weta Workshop team have provided invaluable creative direction, strategic thought leadership and drive to Magic Leap.

“Richard and the Weta Workshop team have been there since the beginning,” said Rony Abovitz, Founder, President and CEO of Magic Leap, Inc. “They’ve provided an incredible, creative partnership and friendship that has helped set the stage for the future of Mixed Reality LightfieldTM experiences.”

Weta Workshop will continue to play a pivotal role in deciding what that face of Magic Leap will look like; blending both physical and digital experiences together in ways that we have not seen before.

Dr. Grordbort’s began life as a range of collectible ray guns. It has since developed into a complete fantastical world. There have been books, videos, a travelling exhibition and, now, a game. In the game, players take control of a range of ray guns and use them to blast robots to bits. The action takes place in the real world. Game graphics are incorporated using Magic Leap’s Mixed Reality Lightfield™ technology.

This is the most progressed of Weta Workshop’s creative ventures with Magic Leap. You can view a video proof of the concept here. 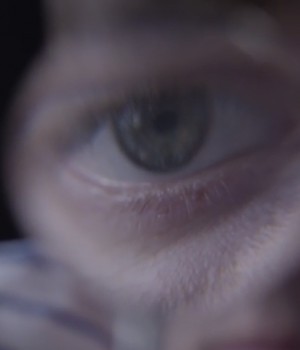