Five years ago, Tobi Skovron found himself with toileting issues. Living in an apartment, Skovron had given his wife a puppy. Then, the reality of early morning toilet runs hit him. Together (puppy included) they designed and patented The Pet Loo, a clever device allowing pets to do their business indoors with minimal hassle and mess. After three years of R&D, The Pet Loo and the complementary MINI Wee are on the market and currently exporting to ten countries, with more in the pipeline.

Skovron developed the local business before appointing a General Manager to look after the domestic market and 12 staff, while he generates more opportunities as Director of International Business and Export. With a slew of product awards already in the bag, Skovron expects to release ten new products in the next six weeks. A big task in anyone’s book, but according to the man himself, “I can’t is not an option.”

Sometimes a successful business emerges as the only viable response to a poor set of circumstances. David Stallard founded Platinum Care, an in-home disability and aged care provider based in Western Australia, a backlash against the poor quality of care his wife had been receiving for years. Platinum Care now has 25 staff working at full capacity. Stallard, who also works four days per week as marketing manager for Knee Deep Wines, is the oldest of the 30under30 winners. Keep an eye on this WA entrepreneur on the rise.

It’s rare to find designers with creative and entrepreneurial flair in equal measure. So a 21 year old graphic designer who has started and runs five companies is quite a find indeed. At the age of 17, South Australian Callin Taylor created a business out of his designing hobby. He has since created four more companies in five years – magazines, corporate promotions and events, and a FUNK card (a discount card for funky products). Taylor demonstrates a strategic mind and appetite for risk far beyond his tender years. It saw him crowned Young Entrepreneur of the Year at the South Australian Small Business Champion Awards. And it sees him rank highly as one of our 30under30 Fashionistas. One to watch.

Zoe Warne has succeeded in a male-dominated industry at a very young age, earning her place among our illustrious top 30.

Raised in a family where both parents ran separate small businesses, entrepreneurial flair runs thick through the Warne’s blood. While still at uni, as a means to subsidise her tuition fees, she started up the design arm of her step father’s consultancy firm. Upon completion of studies she went on to work with a number of e-marketing and online consultancy firms. At one of these companies she meet her future business partner, Daniel Banik, and together in 2005 they founded August, an integrated marketing and communications agency.

In three years, August has grown from a staff of three to 12 and has business growth tracking at around 200 percent p.a. Clients include Fosters Group, Dairy Australia and Snowgum. Warne can also be heard on ABC 774 Radio, where she fits in the occasional co-hosting gig.

As one the youngest members of our top 30, Nicson White has not found age a barrier but just a source of determination. After working a plethora of standard teenage jobs, White decided he’d had enough. With little more than knowledge gained through reading in his spare time, White was given the opportunity to work for a marketing firm. A few years later, he’d had enough of “working for the man” and founded Health Protect Internationals (HPI). HPI specialises in mattress sanitisation throughout Australia and New Zealand, focusing on the importance of health and hygiene in the tourism industry, particularly hotels. Nicson has already won a number of awards, including the 2007 My Business GIO Award for Best Small Business. It may not be small for long. 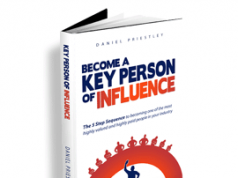 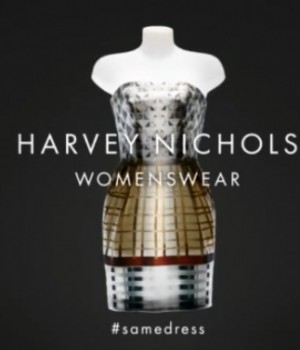