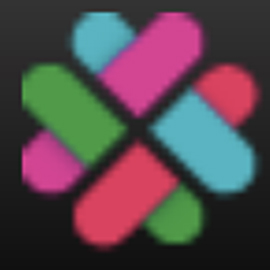 Last year was an interesting one for crowdfunding –a relatively new tool that has brought in a generous amount of democratisation to entrepreneurship.

Millions of people poured an estimated $5 billion on enterprises and projects, reflecting a nearly 90% growth over 2012’s $2.7 billion. But what’s far more interesting is the wide variety of projects that are now able to be crowdfunded. About 30% of the funds were raised for social enterprises or projects.

Crowdfunding is clearly experiencing galloping growth but the remarkable thing is the range of its possibility. It’s for all-comers. It’s just as good to raise funds for a coffee-table book, or to build the next smartphone.

A community in Tecoma used it to raise funds for a (successful?) campaign against a McDonald’s coming up opposite a kindergarten. Increasingly, it’s being used by artists, even minor celebrities (Cenk Uygur and Kenny Gee) and powerful brands such as Honda to run interesting new projects that would otherwise go unfunded.

Indiegogo, one of the leading global crowdfunding sites, has created 13 lists to highlight the Best of 2013 campaigns. Among other things, the lists celebrate the largest crowdfunding campaign of all times to one that enables drones to protect rhinos and sloths. By the way, Indiegogo last year named Tony Been as its Australian representative as it sought to increase its presence Down Under.

Here are 10 interesting campaigns from Indiegogo from those 13 lists:

The melodic emo-po band from Florida raised $149,453, compared with the original goal of $35,000. One of the perks it offered was a lifetime of “Tickets + Meet & Greet Cards” to all concerts headlined by the band.

After recently leaving Current TV, Cenk Uygur and his team raised more than $400,000 to build their own studio for their progressive political show, “The Young Turks.”

The talented artist raised $327,929 (below the targeted $500,000) to produce three of his short stories into feature films. He pledged to pour all profits from the movies into “The Art of Elysium,” a non-profit organization that encourages working actors, artists, and musicians to voluntarily dedicate their time and talent to children who are battling serious medical conditions.

THE BODY – A short film by Kenny Gee

Residents of Boulder, Colorado, raised $200,000 – five times the initial target – for “a grassroots David and Goliath campaign to create a landmark model for how communities can take control of their energy future” and control global warming.

The Sloth Sanctuary in Costa Rica raised almost $100,000 to buy tracking systems that could analyze the behaviour of sloths. The systems will help identify sloths that exhibit normal jungle behavior and release them into the wild.

Canonical raised $12.8 million, breaking all records, to develop the Ubuntu Edge smartphone based on the free and open source Linux operating system.

The 3D printing business is booming and it was only a matter of time before 3D-printed fetuses for to-be parents would come to the US. This campaign was started to raise $15,000 to pioneer the industry and the team behind it remains dedicated to bringing this product to people through its website.

PUSH raised over C$133,000 to develop an activity tracking bracelet that can measure strength and prevent injuries as you lift weights at the gym.

The Japanese company raised nearly $56,000 for a campaign to help 368 drive-in movie theaters in the United States switch to digital projection. 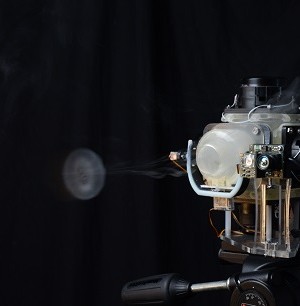