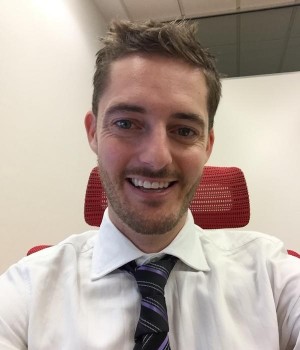 As the saying goes, nothing is certain in this world but death and taxes. And while most of us absolutely hate having to dealing with taxes, this entrepreneur is quite the opposite. He loves taxes so much that he has created a thriving accounting business, Beanstalk Accountants, out of it.

“Beanstalk Accounting was created out of my inexplicable and undying love of tax,” Scott recently told Anthill.

When he was just starting out, Scott experienced a setback when he resigned from his first job and found out he had a restraint of trade clause in his contract. This didn’t deter him from building his company from the ground up. “It just meant that I had to dig deeper and build my client base from scratch.”

What makes Scott different from all the other young entrepreneurs is that he is never content with the status quo.

“I am appalled by the phrase ‘Because that’s the way we’ve always done it,’ says Scott. “When I see something that needs to be changed, I’m out there fixing it. I want to become the change they wish to see in the world.”

Now, Anthill is pleased to announce Scott Lynch, 2015 30under30 winner.

They call me “the energiser bunny on steroids,” because of my endless energy and positivity. Whenever anyone is feeling uninspired, or just a little bit down, I help them get back on track, and put them in the right frame of mind. Whether it’s for a staff or a client, it’s important to be the rock people can rely on.

USE THE TWEET BUTTON AT THE TOP OF THIS PAGE. YOUR TWEET WILL SAY: CONGRATULATIONS SCOTT LYNCH, 2015 ANTHILL 30UNDER30 WINNER!