How commercial production of omega 3 oils from algae is closer
Saturday, May 30, 2020 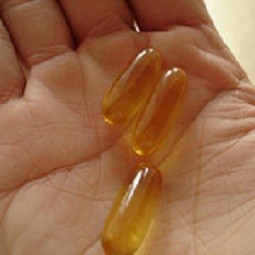 Brisbane-based Qponics Limited has reached a heads of agreement with UniQuest Pty Limited on the terms to license strains of algae for the commercial production of omega-3 oils and high-protein biomass.

Qponics had earlier signed agreements with UniQuest in 2011 to access their extensive algae collection for a defined research and development project, as well as scientific services provided by Associate Professor Peer Schenk, a global leader in the biotechnology of algae and algae oil.

What does this mean for Qponics and UniQuest?

Qponics’ CEO and Managing Director, Dr Graeme Barnett, said the heads of agreement takes their partnership to with UniQuest to the next level. UniQuest is the main research commercialisation arm of The University of Queensland (UQ), one of Australia’s most prestigious universities and it is recognised around the world for its high-quality research.

“UniQuest is to grant Qponics an exclusive worldwide license to commercially produce and sell omega-3 oil and high-protein biomass from the algae developed by the University of Queensland,” says Dr Barnett.

“In addition, Qponics will have an option to extend the license to other non-biofuel algal-derived products for the strains developed under the 2011 R&D agreement.”

“Qponics aims to sell organically produced DHA and EPA omega-3 oils to a wider segment of the global market. This will present a more viable option to companies that use omega-3 in their products and to consumers of these products who are looking for sustainably-produced vegetarian alternatives to products derived from fish, krill or other marine animals.”

“The algal biomass remaining after oil extraction will be sold as a high-protein animal feed containing residual DHA and EPA omega-3 oils.”

Associate Professor Peer Schenk from UQ’s School of Agriculture and Food Science says the partnership with Qponics will result in new products to feed the unmet demand for vegetarian DHA- and EPA-rich omega-3 oil.

“More than 10% of Australians are vegetarian and most are very aware of the health-related benefits of omega-3 oils, which include prevention of neurological, cardiovascular and degenerative diseases,” says Associate Professor Schenk.

“Fish stocks worldwide are depleting at an unprecedented rate. My team is very pleased to be working with Qponics to develop a renewable source of organic omega-3 fatty acids, palatable to both vegetarians and the general population. Qponics is developing a unique organic production process using oil-rich freshwater microalgae.”

How will Qponics organically produce these omega-3 oils?

“We have collected Australian algae strains from various freshwater and brackish water environments and have developed methods to optimise their growth conditions and fatty acid yields. Therefore, working with Qponics is an excellent opportunity for the University to commercialise the output of its research to develop high quality products that aim to make a positive difference to the health of consumers.”

Qponics’ strategy is to access the technologies required to organically produce algal omega-3 oil for human consumption and high-protein biomass for animal feed through strategic partnerships with other companies and research institutions, rather than expend precious time and capital on high-risk in-house R&D. You must admit, that’s really smart.

The Company will construct its first operational plant near Sydney in a unique facility that will integrate the cultivation of algae into a sustainable aquaculture-horticulture process, where the effluent from fish tanks provides the organic nutrients for growing algae.

“I look forward to finalising the licensing agreement with UniQuest once the omega-3 rich algal strains required by Qponics have been selected and optimised by Associate Professor Schenk and his team,” says Dr Barnett.