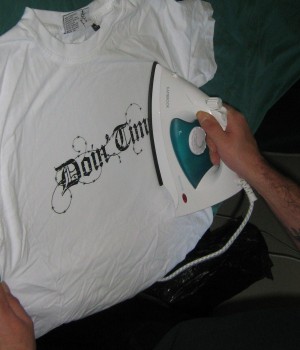 If coolness was a crime, the gang at Doin Time would be repeat offenders. In a good way.

That’s not to make light of this organisation’s very profound impact on a world, a sphere of existence, that often gets tucked away within the “real” one we inhabit. Since 2007, Doin Time has been a portal between the two — producing T-shirts, polos and shorts within the confines of a maximum security prison.

Anne Hooker, a youth development officer, saw a much-needed opportunity to engage with the young men who passed through the gates of Port Phillip Prison in Victoria. Through Doin Time, she gives them a way to take on greater (and often unfamiliar) responsibilities. The inmates learn how a business is run, but also gain something more: a sense of commitment and discipline that will help them when they re-integrate into society. The public also benefits, with funds from sales of merchandise — available online or through the prison — going to charitable organisations.

This is the third year that Doin Time has been lauded by Anthill. As with any business, growth is a great concern for continued success. Being inside a prison, of course, makes that tricky, yet the team has been inventive: most recently, they added an embroidery service to complement their production line.

And don’t think that the outside world isn’t taking notice. Sir Richard Branson once stopped by to fire up staff morale. Managers from NAB make regular visits as part of their leadership program; through their example, Doin Time’s personnel teach the managers as much as they learn from them.

“There is nothing uncertain in our stance and nothing timid in our attitude,” wrote Hooker, summarising what keeps her company ticking. “We channel into our work all of what we have and are convinced, to the point of zeal, that our service is one that makes a great difference in the lives of others.” 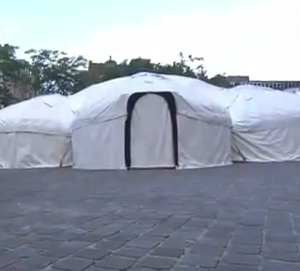