If chance, as they say, favours the prepared mind, Australia might be ripe for real, deep and widespread innovation.

Australia jumped three places to 13th spot – among 25 countries – on the GE Global Innovation Barometer, an annual survey that gleans zeal for innovation.

“We recognise that new ideas are more likely to come from individuals who work in an enabling environment. Enabling collaboration and robust relationships with the communities in which we operate is also important,” said Fiona Nicholls, vice president for External Relations at Rio Tinto Energy.

Even though Australia ranks ahead of emerging nations such as Russia and Brazil, but lags behind established innovation leaders like the U.S., Germany, Japan and South Korea. Also, in a number of specific areas, Australia ranks below the global average.

Over 100 senior business executives directly involved with innovation strategy at their companies were surveyed, and what they say has never sounded sweeter, so to say. Take a look at the major findings below:

Clearly, the last point is the one that should most of us jump in joy. Notably, Australia’s Chief Scientist Ian Chubb did.

“One of the most important results for Australia, since our landscape is largely made up of SMEs, is the recognition by our own business leaders that SMEs and individuals can be as innovative as large companies,” Prof. Chubb said. “We need to support them in their endeavour.”

The survey also identified the challenges to continued innovation in the country. Many expressed concern that Australia’s skills shortage, especially in the sciences and engineering, might be a significant barrier in the future. Even though, the quality of Australia’s educational institutions and, particularly its math and science education ranks highly, it doesn’t result in increased availability of scientists and engineers in the country.

This, the survey points out, calls out for a “growing need to encourage the next generation to understand the opportunities associated with a career in the sciences.” 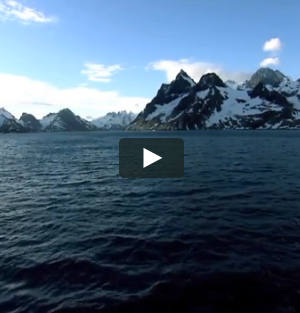