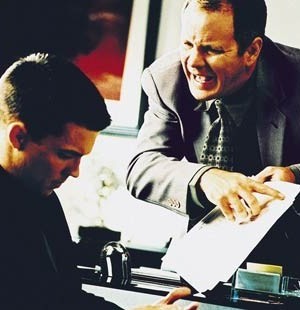 Are you an employee? Well, we are about to snitch you to your boss. A major survey recently released by the Australian Institute of Management VT reveals that Australian executives are losing the respect and confidence of the people they lead. Yes, we have spilled your beans… or, something.

More than one third (38 percent) of the 2,223 business people surveyed do not believe their manager helps them perform at their best and, less than half (49 percent) believe their senior managers cultivate a good workplace culture.

Just 57 percent feel that their managers listen and respond to employee concerns and only 54 percent said they felt appreciated by their employer, down 4 and 6 percent respectively from 2010.

(To my boss, if you are reading this, I swear I am part of the 54 percent! Oh wait … she reads everything I write …)

Furthermore, just 39 percent said two-way communication flow between senior and middle management in their firms was ‘effective’ or ‘very effective’. As a cherry on this not-so-pleasant cake, you should know that only nine percent described it as ‘very effective’.

“The data shows that many Australian organisations are grossly underperforming. How can organisations lift productivity and boost the bottom line when there is such a big disconnect between management and the people who report directly to them?,”  the CEO of the Australian Institute of Management VT, Ms Carmel Ackerly said.

What’s more, the number of executives who said their employer ‘is not providing adequate salary/employee benefits’ has risen by 18 percent since 2010 (now stands at 30 percent), a pointer to management’s rising resentment about wage and benefits restraints in the downturn.

“This reveals an unsettled national workplace in which a growing number of managers are unhappy with their salary package but are not intending to leave their employer. Some of these disgruntled managers are simply going through the motions at work and will leave when the downturn ends.”

Two in three respondents said they intend to stay with their current employer for the ‘foreseeable future’ with 11 percent planning to leave and, 23 percent unsure. Two in three of those intending to stay cited a ‘good relationship with co-workers’ as the major reason why.

This ranked above job satisfaction and flexible working arrangements as the most important factors persuading people to remain with their current employers. Interestingly, salary was ranked seventh! Like Jessie J said, it aint about the money, money…

Are you a top level manager or human resource professional? One discovery particularly relevant to you is that, people who are aware of their organisation’s mission and values are almost twice as likely to declare they will be staying with their current employer ‘for the foreseeable future’. Interesting, huh?

“The survey confirms that companies without a mission and values statement are losing an opportunity to inspire and energise their staff. For best effect, organisations need to ingrain their values statement into the corporate psyche.”

The survey also revealed that only 48 percent of business professionals said they are working at full capacity.

“This shows a great underutilisation of talent and tells us that people want to make more of a contribution, but they need to better understand where the organisation is going and why. In that regard, genuine two way dialogue is required between senior executives and lower level managers,” she said.