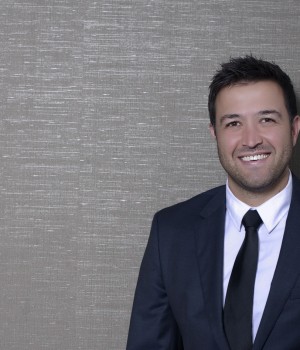 Seventy per cent of small businesses that receive mentoring survive for five years or more, which is more then double the rate compared with non-mentored entrepreneurs.

However, despite these encouraging statistics, surprising evidence has emerged recently that suggests 42 per cent of small businesses owners have never consulted a mentor.

Looking back at my own entrepreneurial journey to date, I see that the most important lessons were never learned from a book, a seminar or a coach it was from one of the several business mentors I had.

Right from the start I sought out and worked with business mentors and I’m not alone. Some of the biggest names in business have taken advice and guidance from mentors.

An example of a successful mentorship is the Sean Parker and Mark Zuckerberg relationship. During the early days of Facebook, Zuckerberg consulted with Parker with huge success.

In a Vanity Fair article Zuckerberg stated, “Few people are as smart as he is.”

It takes more than smarts

The biggest entrepreneurs of the last few decades (Steve Jobs, Bill Gates, etc.) have all had advisors. Richard Branson recently said that where ever he is asked what is the missing link between a promising businessperson and a successful one: “mentoring comes to mind”.

However good your idea, there is no substitute for experience. A mentor can offer a good level of support, act as a sounding board, providing advice and guidance to help you overcome challenges as your business grows and most importantly help you avoid mistakes along the way.

They can also help you identify your strengths and weaknesses. It’s a useful tool to turn to as your business grows, as you can benefit from the advice of someone who has been there and done it before.

To gain a deeper insight and understanding on the importance of mentoring in business, I recently spoke with serial entrepreneur and Author of the book, Freeconomics – Making Millions Giving it Away, Martin Martinez.

After successfully exiting his business in 2011, Martinez now spends majority of his time investing in new start-ups and mentoring entrepreneurs. A passionate believer in mentoring, he shares his thoughts on how having mentors helped him reach business success.

“As a general rule, most medium and large corporations use mentoring or coaching as a means for further developing their employees, where experienced personnel take a leadership role and guide their ‘protégés’ in their career paths. Interestingly, the entrepreneurial community often doesn’t use the same practices for further improvement mostly to their detriment. It is intriguing to me, why more entrepreneurs starting and growing their own companies don’t reach out to people they admire or who have already achieved success to learn from and, seek advice. With business failure rates as high as they are, having a mentor is as important an investment as having a good accountant or solicitor to guide you through a path that you have not gone through before,” explained Martinez.

When Richard Branson chose to follow in the footsteps of low-cost airline entrepreneur Sir Freddie Laker and launch Virgin Atlantic the elder businessman told him: “You’ll never have the advertising power to outsell British Airways. You are going to have to get out there and use yourself. Make a fool of yourself. Otherwise you won’t survive.”

Almost 30 years on and the very thought of a business world without Branson’s eccentric, perhaps foolhardy but always  brilliantly clever, self-promotion seems almost impossible to imagine.  By passing on his experiences Laker wasn’t just Branson’s inspiration he was his mentor, too.

As you can see mentors can be extremely valuable within any business. There is no question whether or not business owners should use a mentor, more importantly they need to consider what to look for in a mentor?

What should you look for in a mentor?

“Throughout my entire entrepreneurial journey, I have sought out people whose advise I could trust that can help me most importantly avoid costly mistakes. This investment has paid off for me when I launched the Australian Poker League in 2005, which became the world’s largest poker franchise with over 120 franchisees in two countries within three years of launch.

Without having strong mentors and people to reach out to around me on a regular basis, I seriously don’t think I would have achieved the success we did. It was unimaginable the growth we experienced and managing that growth without prior experience was not possible without good advise.

Since then, I’ve felt that my experience could also be shared with other entrepreneurs, in particular in the areas of rapid growth, sustainability and ultimately exiting a business for the highest valuation,” Martinez further explained.

The top three ways to make the most of a mentor

Here are a few suggestions for making the most of a mentoring/advisor relationship:

1. Know your goals
To make a mentoring relationship useful, you must first know why you want one. Do you hope to broaden your business knowledge? Better understand the organisation’s culture? Develop specific skills? As with every other area of life, you must know where you’re going before you can decide how to get there.

2. Go for the experienced
Your mentor should be someone who has been there, done that. Beware of someone who claims to have a “new” system or a “magic bullet” solution. Rely instead on tested veterans who have played the game successfully. Not only can they reveal the secrets of their success, they also can be candid about their failures and how to avoid them.

3. Go for someone who understand growth
Your advisor would ideally have a framework for driving sales, repeat purchases, cash flow and profit. In the best case, you should work with someone who takes your entire enterprise into consideration, or at least has some good tools, tactics and strategies for the functions that drive sales and profits. Be wary of complex strategies or hard-to-replicate systems.

Remember, that a good mentor doesn’t relieve you of any responsibility in running your business. Be aggressive and take charge of your own decisions. Don’t expect the mentor to do the work for you, or even the research required to get a job done. In other words, don’t abuse the mentor, by asking them to be your boss, or respond to every thought that pops into your head.

In business as in life, the smartest people are the ones who know they don’t know it all. But smart people learn quickly. Not far down the road, you will be ready to mentor entrepreneurs who are where you were only a year or two ago. You then become a contributor to business leadership in the same way your mentor was to you.

Alex Pirouz is an Entrepreneur, Author and Business Mentor who assists companies successfully start, grow and exit their business. Connect with Alex on LinkedIn