What will the average Australian of the future look like? Is it all beaches, barbies and beers? -
Thursday, January 20, 2022

On the eve of Australia Day, 26 January, business information analysts IBISWorld has released a report on what it means to be Australian – both today and in the future. Is it all beaches, barbies and beers? Natalie Chandler dissects the findings.

The Australian population currently sits at approximately 22.5 million, following a baby boom in recent years that saw over 300,000 births in 2009-10 alone. IBISWorld predicts the population will continue to grow at around 1.6% annually to reach 25.9 million in 2020.

“Rising incomes and household wealth, coupled with low unemployment, good job security and government policy such as the baby bonus and childcare rebates has greatly contributed to the boom in births in the last five years,” IBISWorld General Manager, Robert Bryant, said.

“Over the last decade, growth in net migration – which trebled between 1999-2000 and 2008-09 to reach 313,300 – has been driven by Federal Government policies to raise immigration levels in an effort to combat the effect of the retiring Baby Boomers and to limit the inflationary effects of the skills shortages in the labour market,” Mr Bryant said.

“What with unemployment at 5% and trending down, skills shortages emerging, the strength of the Australian economy compared to other developed nations and university funding under pressure, we expect the Government to come under increasing pressure to loosen immigration rules.”

Australia boasts one of the highest percentages of foreign born populations in the world (24.6%), representing 5.8 million Australians from more than 150 different nations. The top countries of origin for Australia’s population include the United Kingdom (5.8%), New Zealand (2.4%), China (1.6%), China (1.6%) and Italy (1%).

How do Australians relax?

Today, the average Australian enjoys 78.2 leisure hours each week, up from 77.4 in 2000 – with leisure time rising as more employers introduce flexible work arrangements and as part-time and casual labour in the work force increases.

According to IBISWorld, leisure time will fall marginally as we approach 2020. High levels of household debt will encourage more people into work.

In the down time we do have, popular leisure activities include: using the internet; playing video games; shopping; eating out and playing or watching sport.

Internet use – including social networking, web browsing, watching TV and movies online and online shopping – has risen rapidly in the last four years, from 5.9 million in June 2006 to 9.6 million in June 2010. IBISWorld expects this trend to continue as we head to 2020.

Spending on restaurants, hotels and cafes has risen from $35.3 billion in 2000 to $44.8 billion in 2010. Stronger growth is expected until 2020 due to higher incomes and time-poor households on the rise.

Our passion for sport

Australia remains a nation of sport lovers. Australians attending sporting events rose from 7.1 million in 1999 to 7.6 million in 2009-10. Australian Rules Football still draws the largest attendance of any sport.

When it comes to the sports Australians play, netball, soccer and basketball are our favourite team sports, while walking, the gym, and swimming rank highest in terms of individual endeavours. 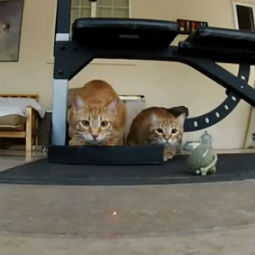