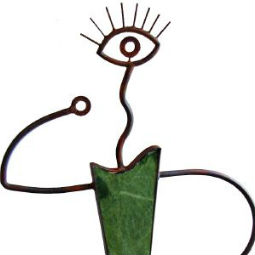 Last week, I shared with you the first part of my interview with John T Unger, the impossibility remediation specialist and artist who truly kicks ass!

In Part II of the interview, Unger shared some other tricks of the trade if you want to grow up to be an impossibility remediation specialist.

Step two: learn from the experience

Unger described having a cab driver hold a gun to his head as one of the three best things that happened to him:

Armed with nothing but the power of words, Unger talked the guy with the gun, out of blowing his brains out.

Anyone who thinks that artists are flaky can be my guest at facing this guy off across the negotiating table!

Dr Nick Krasner tells us that subconscious patterns that control many of our actions are imprinted either during times of extreme relaxation (e.g. mediation) or extreme stress.

I’m no psychologist, but my guess is that having a gun held to his head would be rather stressful and would make quite an impact on Unger’s subconscious mind.

But here’s where Unger shows us that there is a choice: “The only way you can tell the difference between disaster and opportunity, is to decide to make an opportunity out of every event.”

So, from this experience, John could have decided to become a recluse and rock slowly in the corner while sucking his thumb for the rest of his life. Instead, he chose to learn how to keep his cool and, be very discriminating with how he allocates his time and energy.

The question remains: how can you reframe your disasters and decide to turn them into opportunities?

After being sued in federal court to void the copyrights for art he had created, Unger made the decision to put his business house in order.

He started a business checking account distinct from his personal account, created a salary for himself, hired a full time employee rather than relying on contract labour. He invested in liability and workman’s compensation insurance and, hired a bookkeeper and accountant who specialized in small business accounting.

Although he had always been meticulous in reporting his income, the streamlined approach made reporting both easier and less time consuming.

But Unger took the idea of building a solid business one step further. He has just been sued and had spent time and money on defending the action. It was the same time the US economy was heading into recession. So, what did he do?

He poured more money into his business, hiring a sales representative to push wholesale and trade sales. To many, this seemed like the crazy path.

Although the profit on wholesale is much lower, of course, the value of expanding name recognition, visibility and wider markets made this a compelling strategy.

While many people would regroup and rest up after a law suit, Unger went on the offensive. Aside from increasing his profit significantly, what that did for him is establish his common use of the designs that he was sued for. Essentially, he told the world that he owned that space.

The sense of urgency that his experiences had given him (“don’t sweat the small stuff, this guy is about to blow off my head”) makes Unger very hard boiled about what he does and doesn’t do.

He clearly defines what he must be personally involved in and, hires people to do the other stuff.

He knows that there are two things that he, personally, must do: make the art and provide great customer service. He is so passionate about great customer service that he takes all the calls and answers all the emails himself. So, if you want to buy a firebowl from Unger and, you’re not quite sure about something, you’ll be talking to the artist himself.

But other things, like trade and wholesale sales doesn’t require his involvement, so he hires a sales representative to take care of these. Fine turning this even more, Unger never chases sales, but only talks to the people who respond. It saves him time and people don’t feel harassed and “sold” to.

“What do you really need to spend your time on to master complexity?” Unger asked.

His last take away on building a solid business is about finding the sweet spot between love and money.

Many people become innovative entrepreneurs because they love doing or making something.

Unger is no exception: he loves making art. At first, he made art that he loved and didn’t worry about who would buy it: build and they will come.

The problem was that while some people did come, there weren’t enough or, wouldn’t pay enough to make the art financially sustainable. Unger then moved on to commissions, which worked better since the market came to him; he just had to create something that he loved that his commissioning customers loved, too.

In case you were wondering about the tyre paddles mentioned in Part 1, Unger explained that while he loved making them and they sold very well, it took an hour to craft each paddle. Plus, the materials were expensive in small volume, so making the profits per hour unsustainable for him.

In finding that magic sweet spot between love and money, Unger makes a very good point which applies not only to impossibility remediation but to business generally: pay attention to your audience.

Whether you’re a lawyer, artist, banker or software developer, your audience is critical. And, if you’re not talking to them, someone else probably is.

Melissa Kirby is a strategist, troublehunter and lawyer. While she has fun being Associate General Counsel at Honeywell, all opinions are personal and her own. 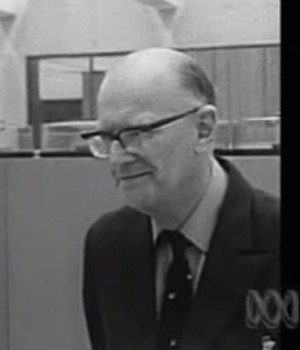 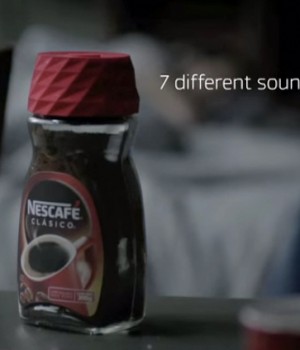