Dangers of TikTok: Does the TikTok app really pose a threat to our data?
Tuesday, November 30, 2021 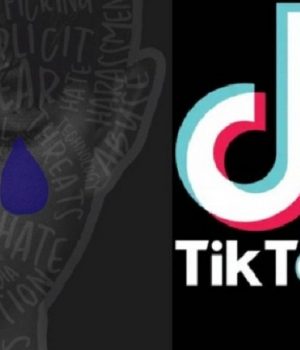 Most people love a good app; especially one as entertaining as TikTok.

However, with any technology there are risks and TikTok is not an exception.

The likes of Amazon, Wells Fargo Bank, and the United States Military have all been reported to have told employees to delete the entertainment app from their devices.

With so many companies telling their people to remove it, many of us would love to know what is really happening.

Like any social media app, Tiktok does collect a huge amount of data.

Concerns are raised around this Chinese-owned company, and how it is gaining so much traction with half of a billion users worldwide.

We all want to believe that a social media and entertainment platform is out there purely for connecting people and for the betterment of society.

Yet multiple times our trust in these business models has been compromised due to data breaches and identity theft.

The question remains: what are the motives of TikTok?

The Future Generation: The Target of The Data Collection

The users of TikTok are mainly the younger generations. Since the app is free and made for entertainment similar to YouTube and Facebook, it means that the data generated by the app is the main product that the company is selling.

Since TikTok is gaining information about the younger generations who will be the future world leaders, this data could be used to know what inspires and motivates them.

The company stands to take advantage of a hugely relevant amount of data for the future.

Getting to know the motivations, fears, and habits of more than half of a billion future decision-makers carries huge international influence.

What we don’t know

The app is a powerful AI platform combined with facial recognition, which is the main source of concern for people like the military.

The main concerns raised with the popular app revolve around known ways that American platforms such as YouTube, Facebook, and Instagram already perform what many claim to be data breaches.

There are many sources that believe TikTok to be the potential for the next generation of data breaches and even identity theft.

Our Online Security and Identity

Apps such as TikTok often start out secure and innocent enough but have huge implications for our future security and identities.

While the app may be used for entertainment, politicians could take advantage of the algorithms that deliver content within the app to give inaccurate or unbalanced information to the user.

This can mean swaying political opinions and delivering information that makes a difference in the way we live.

Since TikTok is Chinese based, this carries the concern that China could interfere in international politics, even altering the course of elections.

Negative perceptions aside, TikTok does have a number of protections built into the app. For example, there are two buttons to toggle discover-ability. You can set an account to private and also make it such that you can only specific people can send you messages.

Both of these options are set to ‘off’ by default but can be found in the settings.

You are also able to nominate who can comment on your videos, react to your videos, duet with your videos, send you messages, allow your videos to be downloaded, and who can view your liked video.

As is the case many times with social media platforms, it could be that the best method for protection is simply deleting the app.

President Donald Trump has threatened to ban the app from the United States over concerns of tampering with the election and even identity theft. Trump has even gone to the extent of issuing executive orders that are working towards that goal.

The company has been in talks with many US companies around acquisition in an effort to calm the fears that the Chinese company has motives that are not in the interests of the United States.

Historically, there have been multiple times that the companies have settled lawsuits for collecting data, even on children under the age of thirteen without parental consent.

The future of TikTok is either that it will need to be banned within the United States, or their parent company will need to divest its US operations.

Social media companies have had a long history of using data to influence thoughts and behavior.

As this industry continues to evolve, it is likely to come up with more new and exciting ways to tamper with parts of society.

Video platforms have been known to target the politically moderate and deliver content that pushes them to a political extreme.

Social networking platforms are used by both corporate and political interests to sell a product that is either commercial or an ideology.

If you have concerns about privacy when it comes to TikTok, your concerns are most likely valid just as they are with any other platform of its kind. It’s best to exercise caution. Do try to also have some fun though.

David Lukic is a Privacy, Security Compliance Consultant at idstrong.com

David Lukić - Jul 7, 2015
0
LinkedIn is a professional and commercial platform. What you do on LinkedIn matters: it really matters, and if you’re not careful, your actions can backfire and tarnish your brand and your integrity. We're going to throw out a wild guess and say that you don’t want to get burned by your mistakes. Fair enough. This FREE REPORT from David Hobson has the five most common LinkedIn mistakes and what you can do to avoid them. 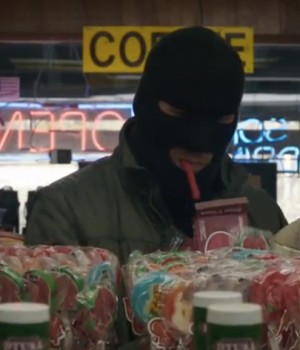 David Lukić - Nov 6, 2015
0
Finding the time to tackle everything is one of the greatest challenges faced by business owners. To help time-starved business owners work smarter and not harder, we spoke with Helen Ebdon. The director of Affirming Business and Executive Coaching, she’s a serial entrepreneur who started her first business at age 25. She’s built and run direct marketing and communications businesses and she’s also the creator of the Take 15 Program for business effectiveness.

David Lukić - Jul 31, 2014
0
Xero recently held its annual meeting in Wellington, during which the company revealed some interesting details about its future. As has been widely suspected, the...