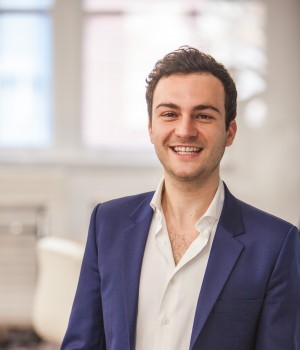 Mad Paws, Australia’s largest and fastest growing market place for pet services, has raised $1.1 million in an oversubscribed round. The business has been showing 50 per cent growth month on month.

The funds will be used to ramp up marketing and grow the team.

Mad Paws, described as “airbnb for pets”, allows pet owners to find local, vetted pet sitters for their best buddy. It eliminates the guilt of leaving your dog or cat in a kennel while going on holidays, as they’ll be enjoying their own vacation at the same time.

What is the story behind Mad Paws?

Mad Paws was conceptualised after young Sydney-based entrepreneur Alexis Soulopoulos (25) pet-sat for a good friend who was struggling to find a place for his labrador, Honey, to stay while he travelled.

Together they formed the founding team and launched Mad Paws in November 2014.

“Having a large number of sitters on the platform is only the beginning,” says Alexis. “It is very important to connect demand with supply in a smart way”.

It is for this reason that Mr. Soulopoulos, who says to have called up over 1,000 sitters and customers himself, and his young team put a lot of emphasis on understanding their user base. The launch of the mobile app in June is an example of answering the users’ need for more convenient ways of communicating about their beloved pets.